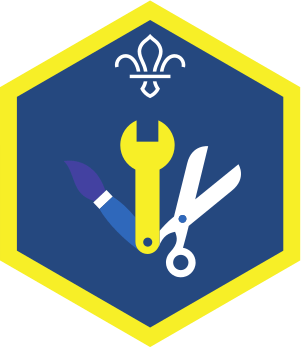 Why not check out the information on our heritage web pages to find out more about Scouts in the first world war? There are online exhibitions and other learning resources.

Remembrance honours people who serve to defend our democratic freedom and way of life. We unite across faiths, cultures, and backgrounds to remember the service and sacrifice of the armed forces community from the United Kingdom and the Commonwealth. We will remember them.

Remembrance does not glorify war and its symbol, the red poppy, is a sign of both Remembrance and hope for a peaceful future. Wearing a poppy isn’t compulsory, but is greatly appreciated by those who it is intended to support. When and how you choose to wear a poppy is a reflection of your individual experiences and personal memories.

Remembrance unites people of all faiths, cultures, and backgrounds but it is also deeply personal. It could mean wearing a poppy in November, joining with others in your community on a commemorative anniversary, or taking a moment on your own to pause and reflect. Everyone is free to remember in their own way, or to choose not to remember at all.

In 2021, the Royal British Legion are marking 100 years since the nation’s collective Remembrance traditions were first bought together. The poppy, two-minute silence, Armistice Day, the service for the Unknown Warrior, and the march-past at the Cenotaph are traditions that millions participate in every year. And this year we are reflecting on what the next 100 years of Remembrance could look like by examining how, who, and why we remember. Find out more about RBL’s plans for Remembrance in 2021 on their website.

Use the Safety checklist to help you plan and risk assess your activity. Additional coronavirus-related controls to think about may include:

People’s ideas may include parades, visiting the local war memorial, or two minute silences.
It’s up to you whether you add the poppies during the session or between meetings. You may want to leave the poppies for a little while after people have touched them, for example.
We’ve added some information in the Reflection below to help get you started

This activity gave everyone the chance to think a bit more about the poppy. Do people usually see lots of poppies around in November? Did anyone already know what they meant and what they symbolised? Do people think it’s helpful to have a shared symbol like a poppy for important things like Remembrance?

Why not check out the information on our heritage web pages to find out more about Scouts in the first world war? There are online exhibitions and other learning resources.