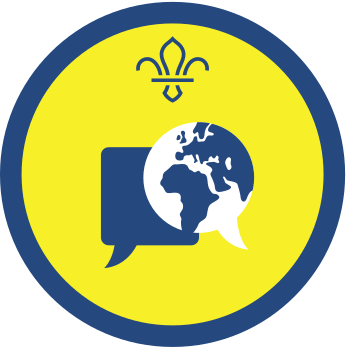 Look at your food diaries and see what other food’s often wasted. Can you come up with another recipe that uses it up? Love Food Hate Waste have created a recipe book bursting with meal ideas to make from leftovers.

If you don’t want to print the ‘Food waste diary’, everyone could draw their own tables they can use to monitor the food they throw away or save, the meal it’s from, how it’s thrown away or saved, and who throws it away or saves it.

Make sure you give everyone the first one, about food that’s thrown away.
People can get creative with their diaries – they don’t have to stick to writing information down, they could draw or cut out pictures from old newspapers and magazines.

Make sure you give everyone the second one, about food that’s saved.

We’ve included some more food safety tips below.
Everyone could make the same meal, or choose their preferred recipe.
Adults can help when needed – they should make sure everyone stays safe.

This activity was all about being a citizen and understanding responsibilities. Did people waste more or less food than they expected? In the UK, households waste six and a half million tonnes of food each year. Four and a half million of these tonnes are edible – enough to fill 38 wheelie bins or the Royal Albert Hall in London 90 times. It’s not just a problem in the UK; if global food waste were a country, it’d be third for greenhouse gas emissions (after China and the US).

People aren’t just throwing away things like egg shells or bones from meat, we’re throwing away food like bread crusts, leftover meals, or potato peelings that could be transformed into something tasty. Why is it important that people reduce food waste? It can save them money and also slow down global warming.

This activity was also about developing skills and practising in the kitchen. Had people tried pizza before? How was today’s pizza different? What sorts of skills did everyone use to make this recipe? People might think about grating and chopping, for example. What other recipes use these skills?

If it’s too difficult to keep a diary for a whole week, focus on doing a few days really well. People will still be able to see where food is wasted and saved.

Look at your food diaries and see what other food’s often wasted. Can you come up with another recipe that uses it up? Love Food Hate Waste have created a recipe book bursting with meal ideas to make from leftovers.