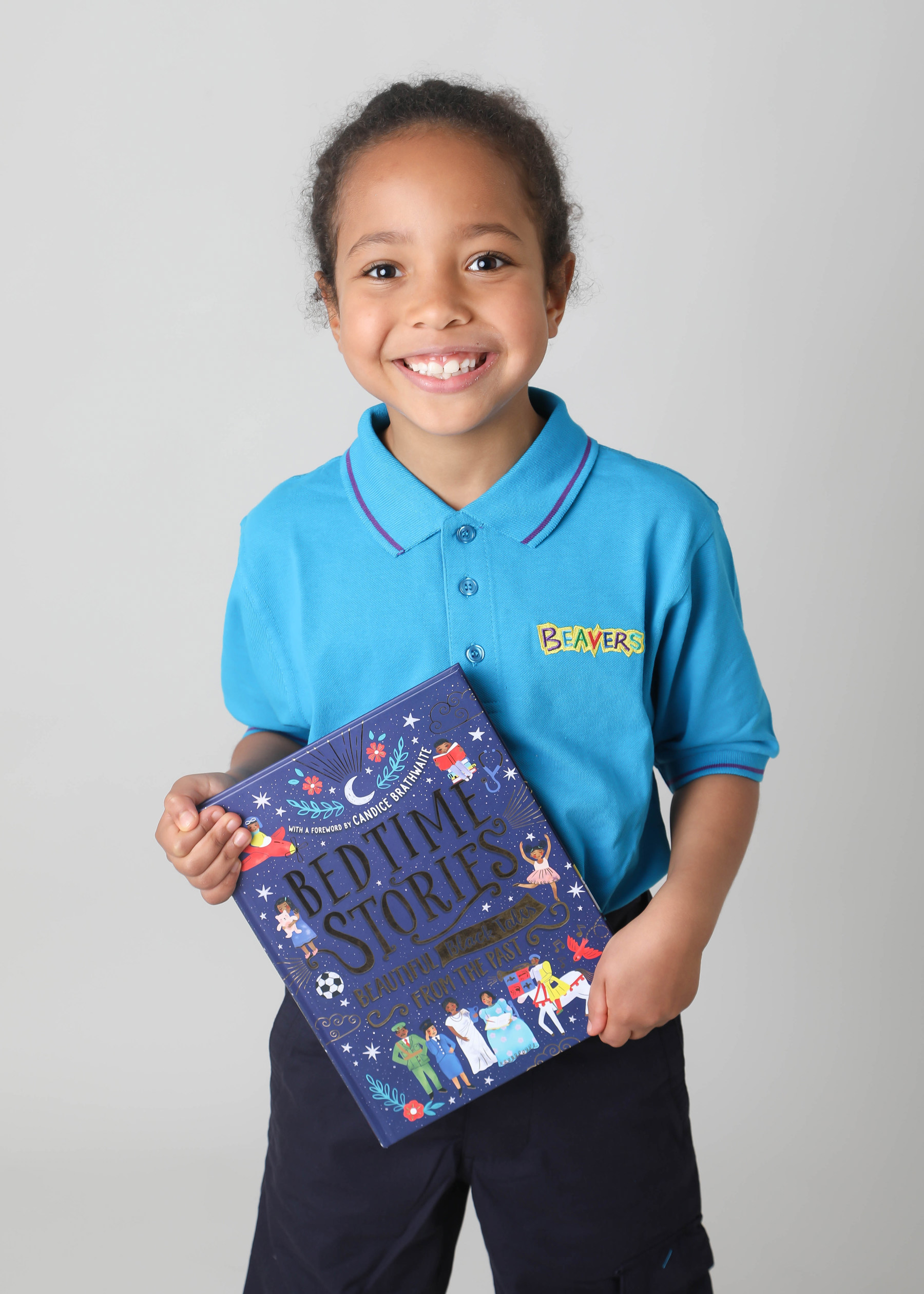 Sarah Mirkin, a 7 year old Beaver in Buckhurst Hill, has won a national writing competition for her story about an ex-RAF navigator and Krio culture.

After visiting an exhibition about Krio culture, Sarah was inspired to write about her heritage (being part Krio herself – from Freetown, Sierra Leone in West Africa).

One famous Krio in particular – an important serviceman with an incredible story, John Henry Smythe ­– became the focus for Sarah’s writing. He was one of the few West Africans to serve in the RAF during the Second World War.

Smythe flew more than double the number of missions than the average navigator, earning a reputation for being lucky as he always managed to return safely, despite receiving fire on many instances. On 18 November 1943, he was struck down by enemy fire and spent 18 months in a Prisoner of War camp until he was freed. He went on to support demobilised airmen returning to Africa and the Caribbean. He then trained as a barrister and finally became the Attorney General of Sierra Leone.

We can certainly see why Sarah was inspired.

Sarah said, ‘I feel proud winning this competition because now people know more about the Krio culture. It’s good for children to know about their grandparents and relatives because then they are proud of who they are.’

You can read Sarah’s story in Bedtime Stories: Beautiful Black Tales from the Past. You can also watch Sarah’s interview about her story on the BBC.

A massive congratulations to Sarah. We can’t wait to read what you write next!

For more inspiration about ways to remember this Remembrance Day, head to our Remembrance resources page.