Value and trust others for who they are, regardless of their background. 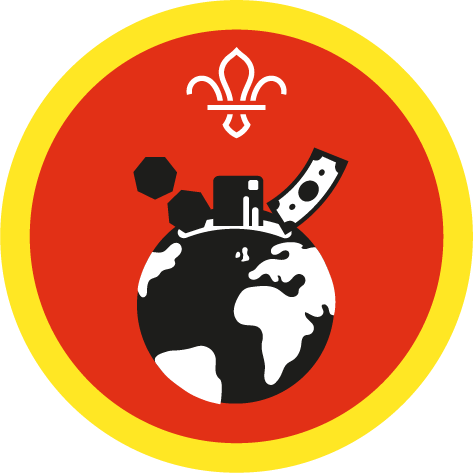 Check out Value menu to learn more about how our values can affect the things we buy and our budgets.

Use the Safety checklist to help you plan and risk asses your activity. Additional coronavirus-related controls to think about may include:

In this activity, everyone will work together to decide on a tasty meal that they could cook on camp. Then they’ll play a game to to ‘buy’ their ingredients with steps – and adjust their budgets if they run out of space.

In this first round, the idea is that teams will run out of steps before they have all their ingredients, so get creative! You could have some organic, locally grown produce that costs more steps, or you could throw in a tasty treat or a time-saving food that’ll tempt the teams to spend lots of steps.
For example, they might want to sacrifice some fresh herbs for a dessert, or swap a side dish for a starter. Could they split an ingredient with another team and share the steps? How do they feel about using convenient food that costs more steps?
This time groups should prioritise their lists so they use the steps on their ‘needs’ before their ‘wants’.
Give the teams the option to return, swap, or donate their ingredients to other teams and take some steps backwards.
It doesn’t matter if they don’t have everything from their lists, as long as they can work out their budget to make a balanced meal for the group.

Depending on the size of your space (and the menu that teams choose to cook), you’ll have to adapt this list. Hopefully these ideas help you get started.

You could use online supermarket web pages if you have access to the internet, or prepare some example ingredient price lists to use.

Why is it important that people make a budget before they start spending? What might happen if people didn’t plan – and how might it feel?

When they played the budget line game, what did teams do if they didn’t have enough in their budget for the meal they’d planned? How did everyone decide between the different things that they needed or wanted? It can be difficult to decide but making lists, prioritising, and working together can make it easier to make a decision.

Did any teams choose to swap or share ingredients? Why or why not? Would it have helped improve their meal if they had?

There are loads of times in Scouts (and at other times in your life) when these skills are useful. Everyone should spend a minute thinking of some other situations or example. Does anyone want to share their ideas with the group?

Make sure anyone using fires and stoves is doing so safely. Check that the equipment and area are suitable and have plenty of ventilation. Follow the gas safety guidance. Have a safe way to extinguish the fire in an emergency.

Teach young people how to use cooking equipment safely. Supervise them appropriately throughout. Make sure it’s safe to use and follow manufacturers’ guidelines for use.

You could make the challenge easier by creating a set meal or menu that all the teams will try to cook in ‘budget line’.

It’s up to you to set the step values. You could add organic or Fair Trade ingredients, for example, to give people more complex choices.

Check out Value menu to learn more about how our values can affect the things we buy and our budgets.