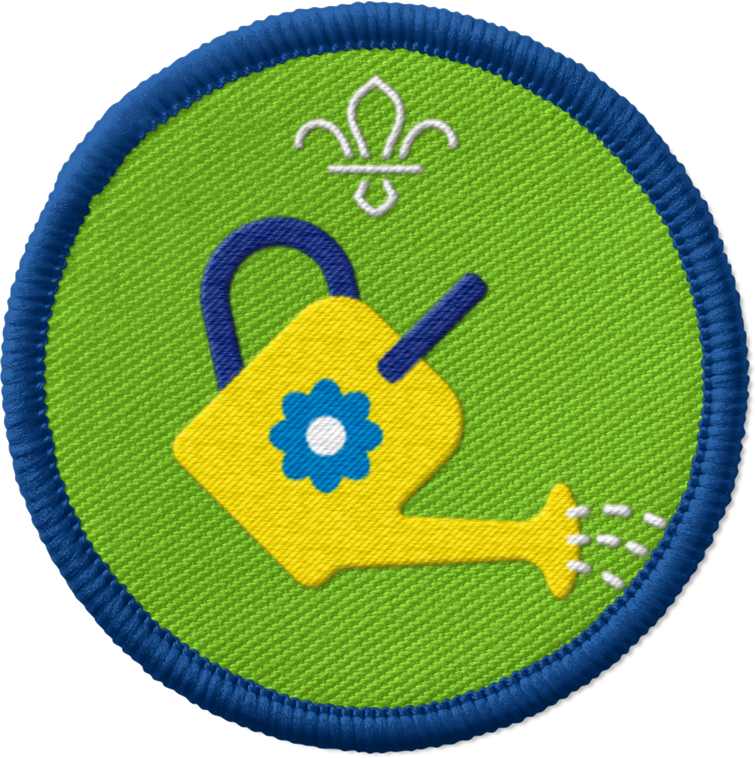 You don’t have to stop at making caterpillars. Why not have a go at making a giant, grassy spider or craft wings from cardboard to turn your caterpillar into a butterfly at home.

The woods were sunny but Cai the caterpillar had found a nice shady spot to sleep, under a big green leaf. It was tucked around him like a blanket.

“What a beautiful morning!” Cai said as he woke up. He felt his tummy rumble. He was late for breakfast!

Cai wiggled out from under the leaf. His body was covered with black hairs that stuck up in all directions, like toothbrush bristles. He was hairy all over, except for his face, and he had an orange stripe that ran down his back.

The leaf that had been his blanket was gently unfolding in the sunshine. Cai took a big bite out of it. CHOMP! He gobbled it all down until there was nothing left but the stalk.

It took Cai a long time to get down the tree trunk because he moved so slowly, and he kept finding delicious things to snack on.

It was nearly lunchtime when he saw his brother, Clem. Clem had already turned from a caterpillar into a beautiful moth. Clem had long white wings spotted with black, and soft white fur on his head.

And he took a nibble out of the hard brown bark of the tree. CHOMP! Mmm, it was delicious. He swallowed it all down until there was a hole in the tree big enough for a caterpillar to fall through…

“Oof!” said Cai as he fell into the tree. He rattled and bounced and yelled as he dropped down through the tree trunk. He landed at the bottom in a soft pile in wood shavings. He popped one into his mouth. Mmm, it was scrumptious!

A little hole in the tree was letting in some daylight. Cai popped his head out and smelled something wonderful. It was sweet and fruity. There, on the ground, was an apple!

Cai climbed on top of the apple. The skin was warm from the sun. He bit into it. CHOMP! Juice poured down his chin. Oh! He was in heaven! It was the best thing he had ever tasted.

Cai munched and pecked and gnawed and chewed as the sun dropped below the trees and night began to fall.

He ate his way into the core of the apple. He tried one of the black pips but it was hard and bitter and he spat it out.

“Oh! I know what to do with this,” Cai said. He put the pip under his head like a pillow, and soon he was fast asleep, dreaming of all the things he would eat tomorrow.

It might be easier to work in pairs – one person could hold the caterpillar open while the other person fills it with the mixture.
If you’re using elastic bands, twist them around the caterpillar’s body a few times to split it into sections.

During this activity, everyone learned more about plants and how they grow. They also worked together to solve problems and complete their caterpillars.

Everyone must wash their hands after the activity has finished. Wear gloves if needed. Explain how to safely use equipment and set clear boundaries so everyone knows what’s allowed.

If some people don’t like the feeling of the compost, they could fill their caterpillar with a spoon or wear gloves.

You don’t have to stop at making caterpillars. Why not have a go at making a giant, grassy spider or craft wings from cardboard to turn your caterpillar into a butterfly at home.