What makes an amazing leader?

Chris James thinks back on his time as a Scout, his leaders then, and his experience as a volunteer, and asks that tricky question – what makes an amazing leader? 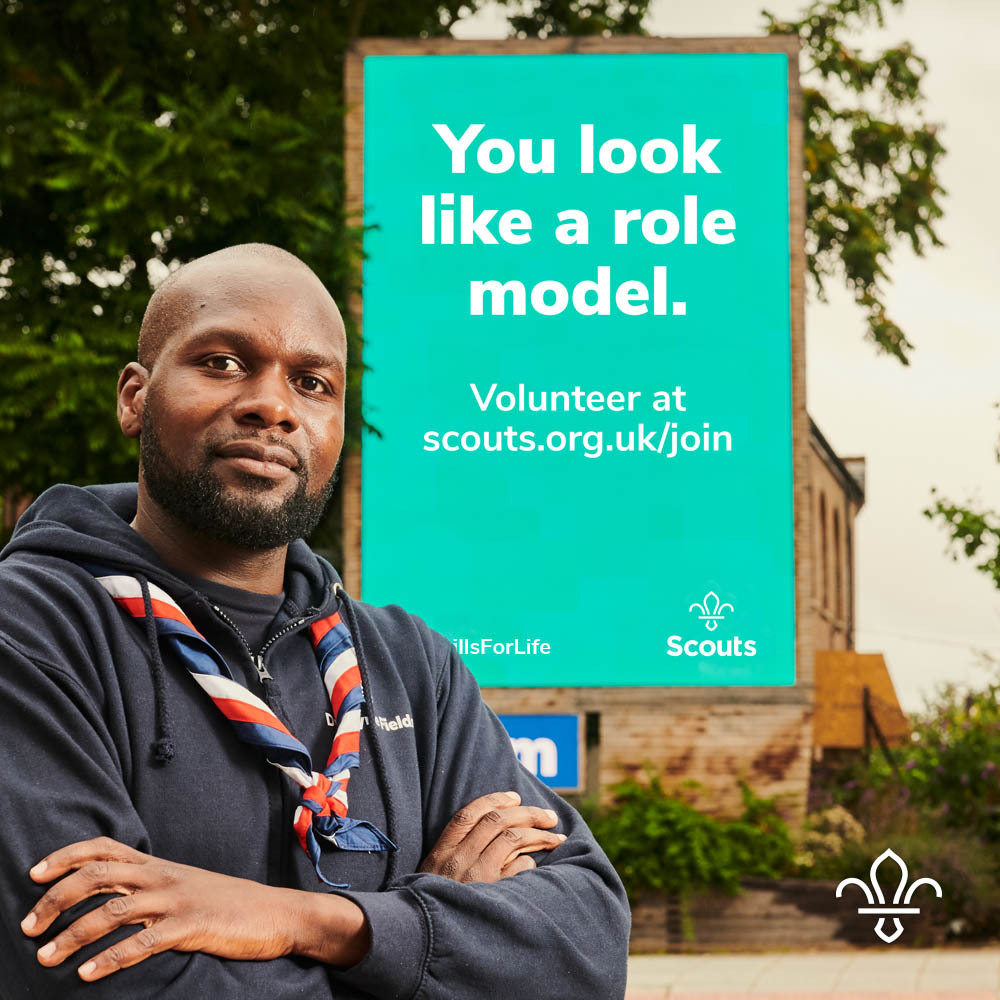 I’m standing in the leafy shade of a giant oak at Gilwell Park, the home of Scouts, with adventurer, Mark Wood. He’s about to give a rallying speech to 2,000+ adult volunteers, inspiring them for the year ahead and thanking them for everything they do.

At that moment, two leaders walk past. I introduce them to Mark as the most important volunteers in Scouts. He shakes their hands warmly and then asks me why I say that.

‘There’s got to be a better reason than that,’ laughs Mark.

‘Well, they also happen to be incredibly generous people.’

It’s true. They run Scouts through the summer holidays, even when only four or five Scouts show up. Not because they feel they have to, but because they want to. It’s a highlight of their week as much as it is my son’s.

This unexpected meeting got me thinking about what it is that makes an amazing leader. Immediately, I felt that it was nothing to do with how many different ways they know how to light a fire. Instead, it has everything to with generosity of spirit, being a great listener, and sharing the sense of fun that makes Scouts so special.

It got me thinking back on my own leaders all those years ago. My Scout Leader was called Jim, who incredibly – given the generation gap –  we were allowed to call ’Jim’. He was a softly spoken Scotsman; a man of few words, and that perfect mix of relaxed and encouraging. He gave us a great deal of leeway with the implication that somewhere, there was a limit, and he’d let us know when we reached it. He had a kind of ‘I wouldn’t do that if I were you…’ expression. His other speciality was a look that said: ‘You’re doing that well. If you keep at it, you might just get good.’

The most important thing was that we respected him. He didn’t bellow at us. He didn’t try to be our mate. He didn’t nanny us, either. If we said it was too cold to go out and play a wide game, he’d helpfully suggest we put on a jumper.

I suspect our Troop didn’t have much money. We spent most of the time in the school field running around in the dark trying to capture a lantern. Other times we were in the hall playing games, learning skills, poring over maps, and once, memorably being shown ‘The Empire Strikes Back’ on a giant projector while we chomped on Wham bars and home-made popcorn. In other words, it was a classic 1980s Scout Troop.

Jim did arrange for us to go on an annual camp. This was and still is, a huge moment for Scouts, when you get to test the skills you’ve been learning all year. He and the other leaders bundled us onto a clapped out minibus that chugged along in the slow lane as we sang our way down to Symonds Yat on the Welsh borders. We had an unforgettable week of kayaking on the white waters. In my memory, it was like tackling the Zambezi river. When it got too choppy, we jumped out and stumbled along the banks with our kayaks on our shoulders. When I capsized one day, it was simultaneously the most terrifying and exciting thing that had ever happened to me. It was something completely different; time out of my normal life. I had to think for myself, get stuck in, and quite literally sink or swim.

The fact that I’d forgotten to bring my plate, bowl, knife and fork and cup to camp was another part of what made it unforgettable. But even then a solution was found – when we went on a hike to the local chip shop, I managed to smuggle out a polystyrene cup and bowl, wooden fork, knife and spoon, then carefully used and washed these for the remainder of the week.

When my mum picked me up at the end of the camp and asked Jim how I’d got on, he had two words. ‘He’s grown.’  That said it all. I’d learned to look after myself, play my part and bounce back when things hadn’t worked out.

The point is that I’d never have the opportunities, the skills and friends that Scouts gave me, if it wasn’t for Jim. I didn’t know much about him, but I know he wasn’t some kind of superhero. He didn’t have any amazing skills or tricks or dazzling speeches. He just made the time to turn up, plan some great things and keep it all going. He was dependable, he was open, and above all, he looked like he was enjoying it. He didn’t pretend he knew it all. When he needed someone who knew about guide dogs, he brought in someone who owned one. When we needed to earn our mechanics badge, he asked his local mechanic to come along to the Scout Group and explain what a spark plug was.

When my own time came to volunteer, as my son became a Beaver Scout, I thought a lot about Jim. I realised I didn’t need to the best leader. I didn’t need to know the most. I just needed to smile, listen and pass on what I could. For the first time in decades, I felt that special sense of belonging that being a Scout brings. I felt part of a family. Other leaders supported me and random children started saying hi to me in Tesco. Other parents thanked me for giving up my time.

But it didn’t feel like that. In fact, I’m not even sure whether ‘giving up’ is the right phrase. It implies that there was something more worthwhile, rewarding or enjoyable I could be doing. Scouts is all those things and more.

There’s a brilliant quote that goes along the lines of: ‘Scouts should be a right for young people. For adults, it’s a privilege.’ That’s exactly what it feels like to be a leader.

Giving it a go

So if you’re already one of our activity planners, tidy-uppers, tea-makers, give-it-a-goers, then good on you. If you haven’t yet, I promise it’s one of the most amazing experiences you can ever have. Why not give it a go? Just remember, if you go on camp – don’t forget your cutlery.