Words help us make sense of things. We use them to define and determine what’s what. But by labelling, we settle on what something is, limiting our capacity to imagine the countless other things it may also be.

Take the word ‘dyslexia’ – stemming from the Greek ‘dys’ meaning bad/abnormal/difficult, and ‘lexis’ meaning word/reading, the word explains itself as a difficulty with words and reading. Through this etymology, the focus is placed on what an individual with dyslexia struggles with, but fails to acknowledge their strengths in other areas of the brain.

All too often these strengths get lost in an education system where minds are measured through reading and writing. Dr Lindsay Peer CBE, Educational Psychologist and former Education Director for the British Dyslexia Association (BDA), says: ‘Dyslexia isn’t an illness and there’s no brain damage but the brain is structured slightly differently’.

She says this is what enhances individuals’ artistic and creative abilities, but at the same time creates ‘more difficulty with the things that get measured in school. ’Fortunately, a growing awareness around the strengths of the dyslexic mind means we’re finally beginning to reframe our perception of dyslexia as a different way of processing the world around us. 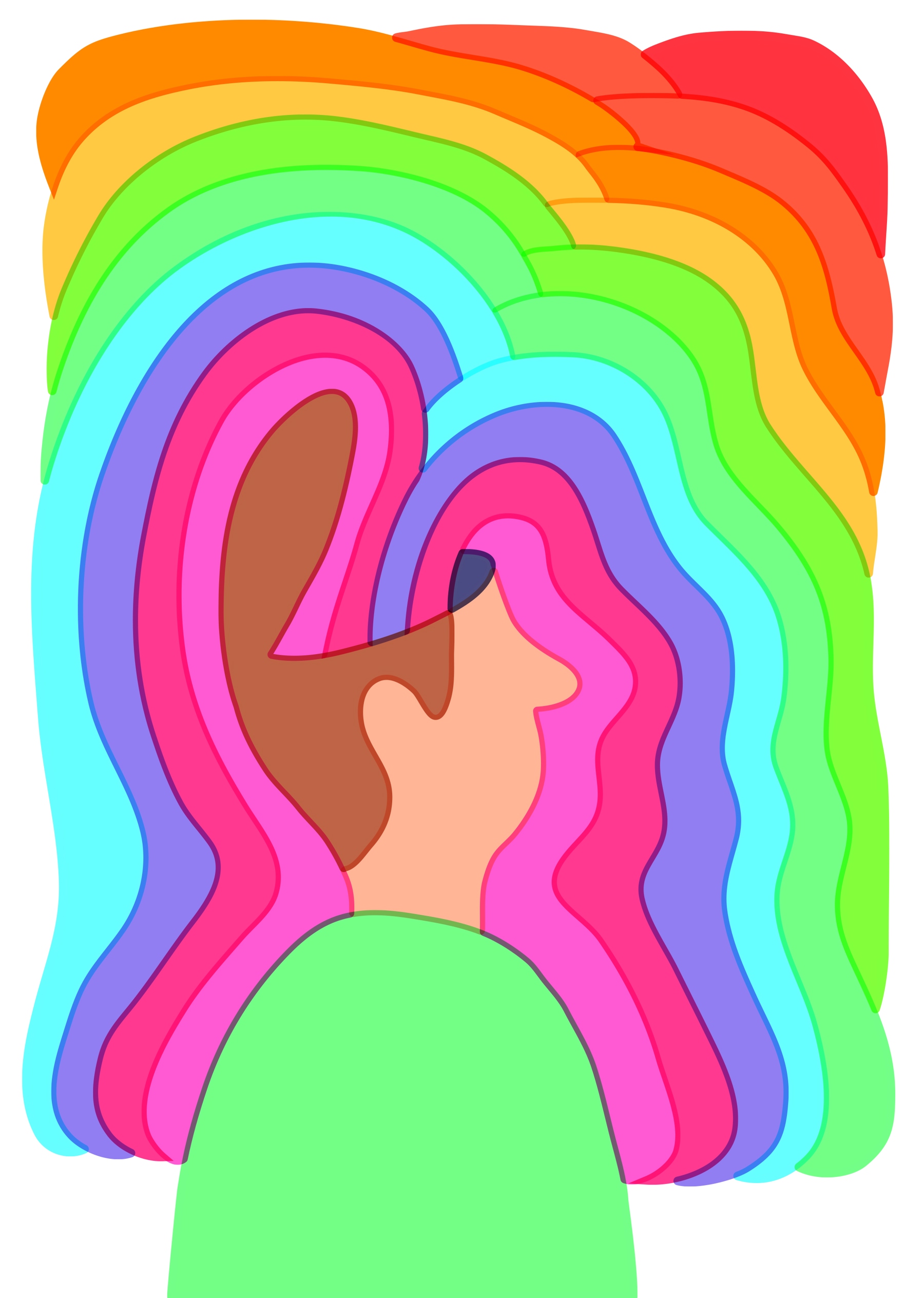 Dyslexia is a language based specific learning difficulty affecting written language acquisition, and often processing and remembering. It’s a spectrum condition, ranging from mild to severe, and affects about 10% of the population.

For the 4–5% of people who are severely affected, it can be a real struggle to decode every schoolbook, street sign, contract, form, letter, newspaper and restaurant menu.

District Youth Commissioner Kristofer Hall says that when he looks at the text he sees ‘rivers – all the spaces between the words, they become slightly wider.’ He explains: ‘My brain will try and make a picture out of these rivers. It can get quite annoying, because it’s obviously quite distracting. And my b’s and d’s can flip, and p’s and q’s, things like that.’

But dyslexia is not one thing; and it’s not experienced in one way. Kristofer rattles off a sampling of experiences from friends who share the condition: ‘For one person the words slowly fall off the page. They’ll be looking at a blank page when actually it’s a page full of writing. Someone else sees half the word, she can only see the bottom of the letters.’

Although individuals’ experience of dyslexia differs, for many when the text is a struggle, they’ll naturally focus on what they’re good at it. They may have enhanced visual perception, think more laterally, become more social, or consider their surroundings in more creative ways.

Kristofer often does things ‘kinaesthetically’ – a process of learning by carrying out physical activities (which explains why he excels in Scouts). This influences the way he trains leaders. Instead of writing notes on a board, he may facilitate a talking session or a game around the lessons. He says that’s what Scouts is about, ‘being out and about doing things, not sitting in a classroom environment learning. It’s about actually giving it a go.’ 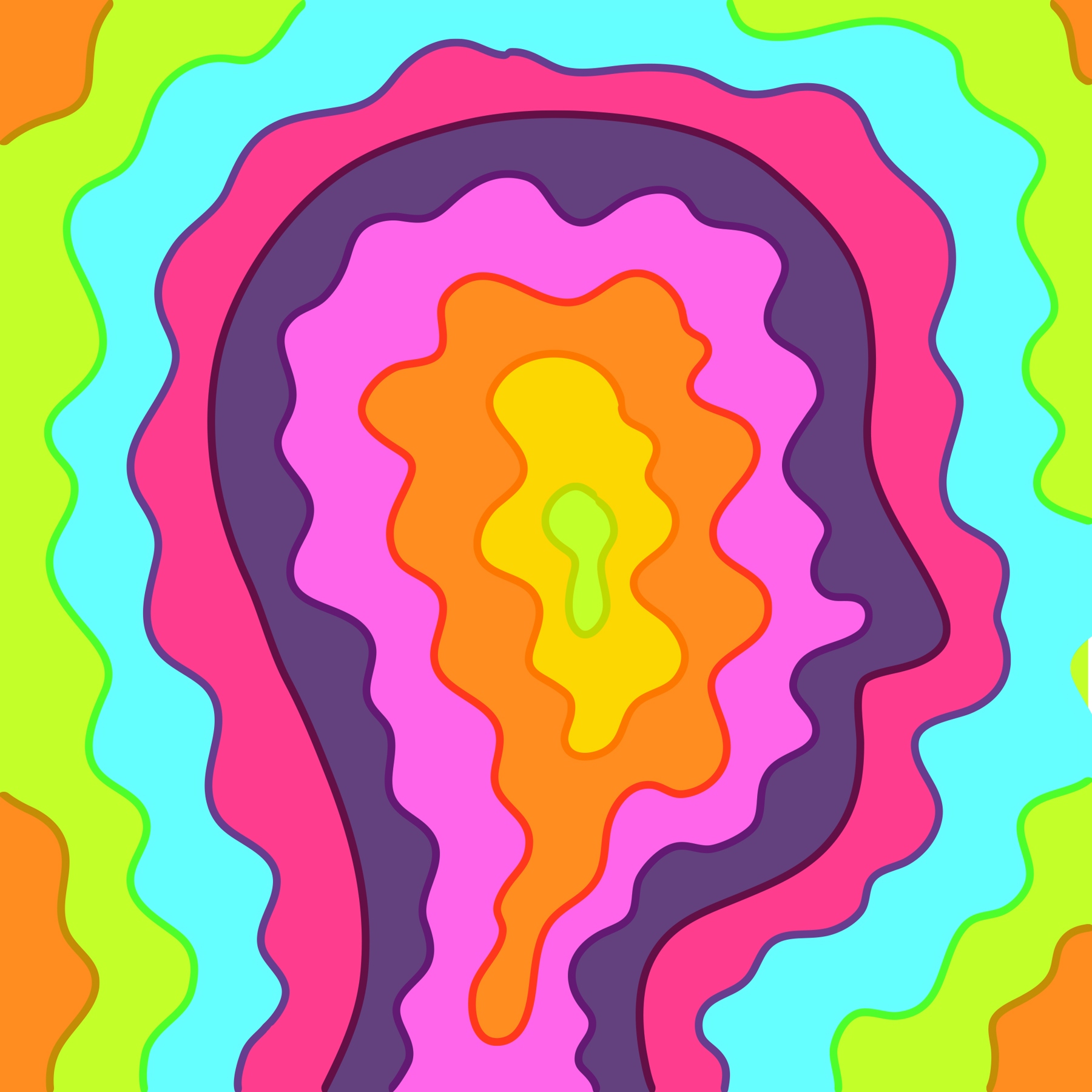 Strength in the right brain

There are different theories about the causes of dyslexia. Karen Mace, Head

of Assessment and Professional Level Training at the BDA, says: ‘The most common theory is the phonological deficit theory, which is about difficulties in understanding and being able to manipulate sounds that are needed to read and spell, and that could be to do with activity in the brain. The magnocellular theory is about difficulty with visually interpreting information.’

But, she says, ‘individuals with dyslexia are often a lot stronger when it comes to visual skills. Their strength in the right brain explains why there are so many successful dyslexic individuals in the arts and creative fields.’ A small selection of cases includes Leonardo da Vinci, Albert Einstein, Pablo Picasso, Steven Spielberg, Whoopi Goldberg and Jamie Oliver. 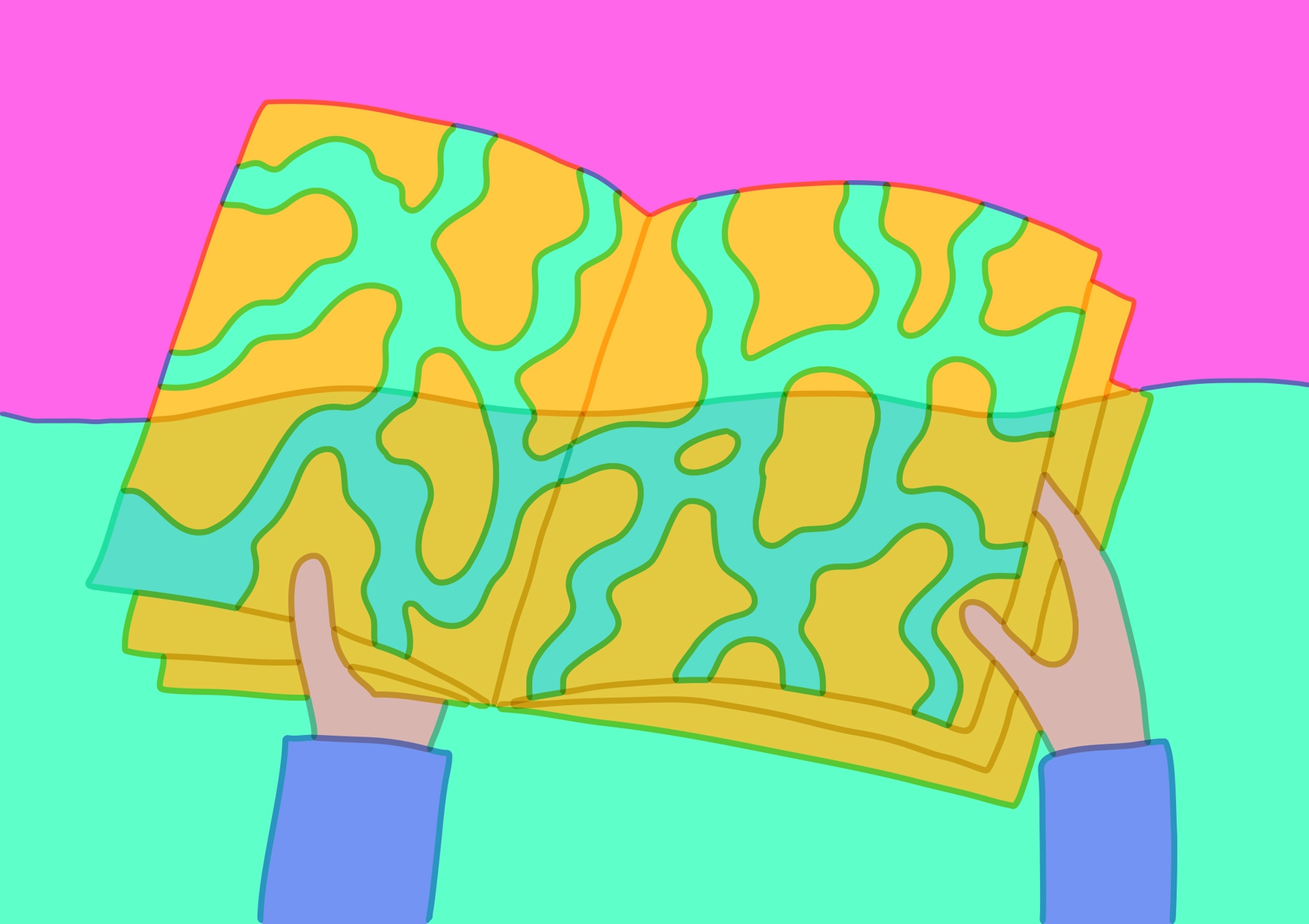 The importance of early identification

When it comes to identifying the learning difficulty in school, the BDA says this is a lot better than it used to be, but dyslexia remains a contentious issue. Often, diagnosis doesn’t happen because the process is lengthy and detailed. The assessment takes two to three hours and writing up the report can take another six, so funding can be a challenge.

But according to Dr Peer, early identification can help dyslexic people fulfil their potential because, ‘we have the opportunity to make progress before they start to fail.’ By reframing dyslexia more positively, as a different way of learning, she suggests that we can prevent the lack of motivation and loss of self-esteem that sadly often happens when people aren’t diagnosed and taught the way they learn best.

She describes her experiences of working with young people who tell her they are ‘dumb or stupid’, even when, in the vast majority of cases, they are of at least average and sometimes above average ability.

In a school environment where learning revolves around reading and writing, students with dyslexia are in a structure pitted against them. Speed, memory and processing can be a challenge.

Strengths and challenges are individual and need addressing. Dr Peer says that some read quickly, some slowly; some don’t understand what they’ve read. There are some whose reading is fine but whose spelling and writing are dire.

She explains that the challenge for many individuals is that they may be able to take part in class and discuss things at a very high level but when it comes to writing it down, there is a great disparity in ability. So as a teacher reading what they write, she explains, ‘it’s as though it’s not the same child.’

In addition to these daily challenges, individuals may suffer from fear of tests and examinations because many of these young people have processing and memory weaknesses.

But Dr Peer says that this means, ‘If we can slow the pace of language down and modify it appropriately, use visuals, repeat and overlearn using appropriate programmes in stimulating ways, many failing dyslexic children will make progress.

Furthermore, if we can link new learning to knowledge that they already have, these children can go on to be highly successful … many College and University departments of the arts – music, drama, engineering, architecture – are full of dyslexic people.’ 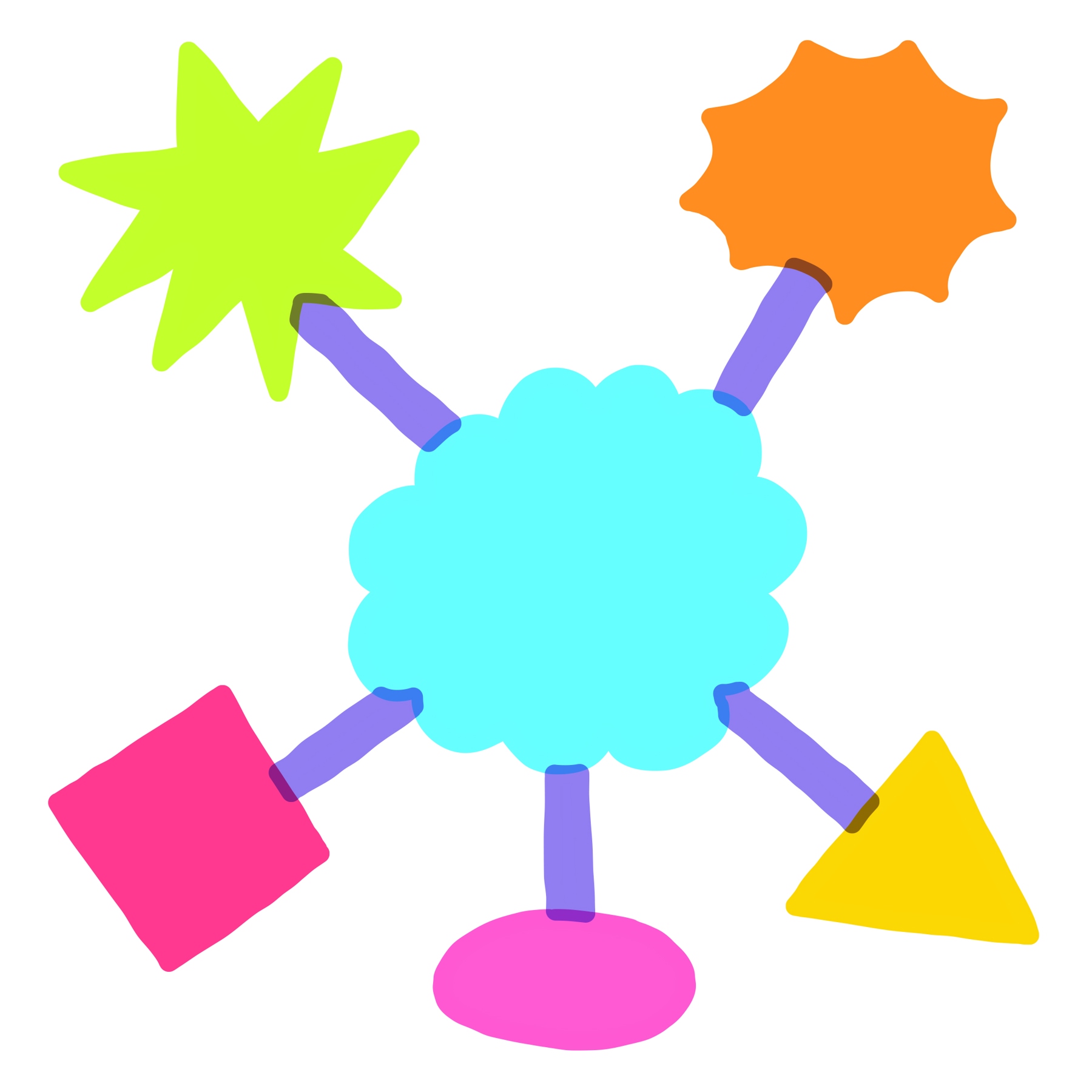 ‘Those with dyslexia may have enhanced visual perception, or consider their surroundings in more creative ways’. Unfortunately, too many of these young people are written off, explains Dr Peer, ‘Too often, those adults who are unaware of their students’ dyslexia and consequent needs feel that these students don’t work hard enough, aren’t trying or are incapable or low ability, and that is not the case at all.

‘In some cases, that leads to emotional problems, some of which relate to behaviour, which leads to dealing with the behaviour rather than looking at the root cause.’ 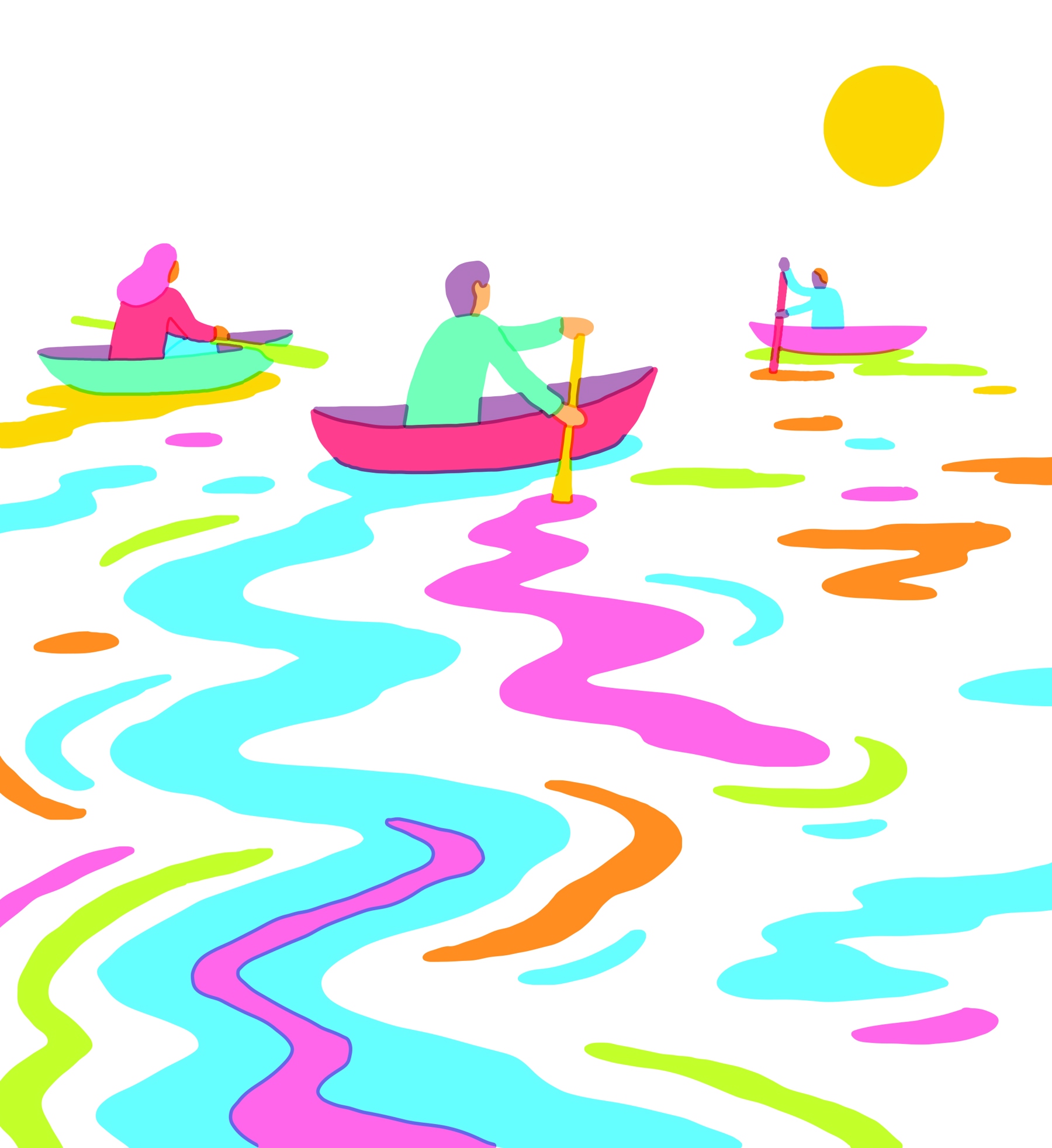 From a mental health perspective, it can be hard for young people who aren’t able to do as well as their friends in school, particularly if they’re very bright and their friendships are with bright children who they communicate with cognitively and verbally, but on an academic level, they’re failing exams or unable to read or write.

Dr Peer says this is ‘when you get the loss of motivation and self-belief which is incredibly difficult to reverse – once somebody believes that they can’t do it and that they are stupid. The place for intervention is before that happens so we can try to prevent some of this.’ Karen Mace agrees, explaining how, for many people, getting diagnosed is ‘a massive relief’ because for so long they struggled and didn’t know why.

When individuals are diagnosed, there are ways to provide better learning support. The sooner you recognise the difficulties, the sooner you can support them and provide structured, cumulative and multi-sensory teaching. Using visuals is very helpful – diagrams, mindmaps, letting them record visually.

And for adults with dyslexia, Karen explains, it’s ‘more about supporting them within the workplace through the use of technology, helping them with organisation, to take notes or record a meeting so they know what they need to do afterwards.’ By taking an individual’s age into account, it seems we can provide support in different ways. 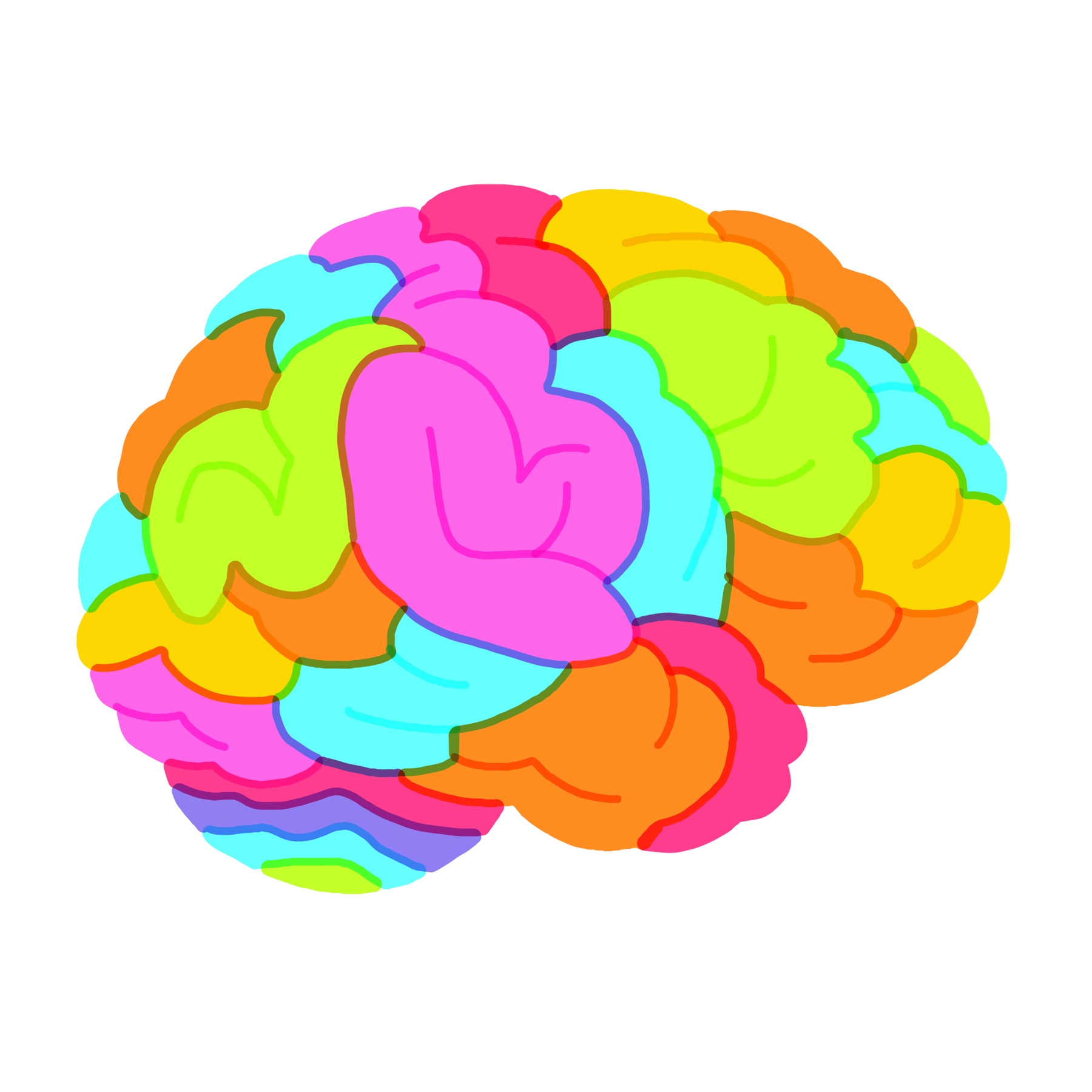 As an activity-based skills development programme that doesn’t fuss too much with written work, Scouts can be a nurturing place for individuals with dyslexia to build confidence, and develop leadership skills in a non-text-based environment.

Explorer Leader Andrew Gosney says that as a person with dyslexia, the thing he likes about Scouts is that ‘it’s practical, there’s no written word. It’s all about the fun things, like what we’re doing tonight: canoeing.’

On the rare occasion when text arises in Scouts meetings, it’s important to recognise that if young people’s attention begins to flag, it’s too easy to see it as bad behaviour or lack of ability to concentrate, when often there’s more to it than that.

In many cases, when young people aren’t engaging with the activity it may be because they’re struggling to. If you notice a pattern with certain individuals’ attention waning during text-based activities, it may be worth speaking to their parent/carer about getting them assessed.

When Kristofer was a Young Leader in a Cub Pack, he explains, they had a young person who didn’t like writing and would misbehave whenever they did anything to do with it, which was rare, but when they did the signs were there. They had a word with the parents and when the parents followed up with the school, it became apparent that the young person was dyslexic.

He says that if leaders have knowledge around dyslexia they can approach parents to say ‘we’re not diagnosing anything because we can’t but we’re noticing something which shows signs of this.’ In his experience, ‘some parents will say “OK thanks for letting us know and we’ll look into it” and some will brush it off and reply “no, my child’s perfect”, but it’s worth knowing the symptoms so you can let them know: “We’re noticing something, are you?”’

Although dyslexia is a lifelong condition, when individuals are diagnosed and given the support to work around the things they struggle with, it can empower them to draw on their extraordinary strengths.

Andrew agrees; over his 53 years of having dyslexia, he’s figured out that he’s ‘an ideas man’. He says, ‘I come out with some crazy ideas and really original thinking because I’m not tied down. I can see beyond the box, which most dyslexics can do. They can look outside the box and have an idea.’

The eyes and visual interpretation are only one part of dyslexia so before diagnosing, it’s important to rule out any optic difficulties.

Kristofer says that although 99% of the time having dyslexia in Scouts hasn’t stopped him, some of the badges can be an obstacle when the easiest way is through a workbook.

In these cases, he suggests other options. For example, to attain a Book Reader Badge, a young person with dyslexia could listen to audio books. Be it a vlog, photography or an audio recording, there are alternative ways to document and share thoughts.

If you notice a young person persistently struggling with literacy or processing, or battling to follow more than one instruction at a time, speak to their parent/carer.

Let them know about the screeners available online, which can gauge the likelihood of dyslexia. Available at bdadyslexia.org.uk/screening, these are relatively cheap and they don’t need to be administered by a qualified assessor.

It’s the first step to building confidence through providing the right support.

For further support and a list of indicators to help identify dyslexic factors, visit bdadyslexia.org.uk.