The idea for 1st Smiles Scout Group began in a youth panel meeting at Nelson’s Journey, a charity supporting bereaved young people across Norfolk. The Group, a collaboration between the bereavement charity and Norfolk Scouts, has been running monthly pilot sessions on Saturdays, at different Scout meeting places. 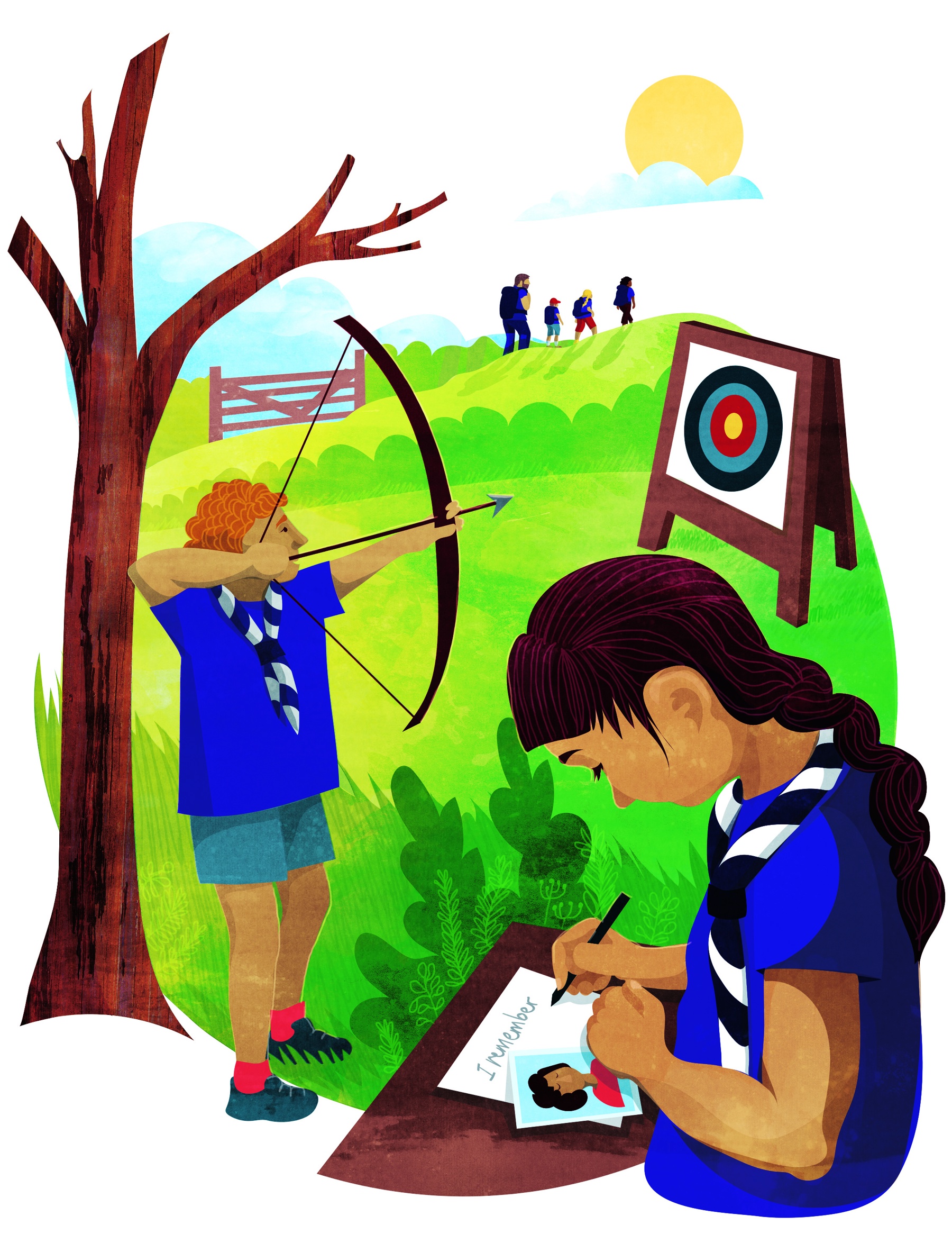 At Nelson’s Journey, as in Scouts, young people’s involvement is key. ‘What right have we got to call ourselves a children’s charity if we don’t listen to young people?’ says CEO Simon Wright.

The youth panel, the majority of whom have used Nelson’s Journey’s services, gathers feedback and ideas to influence the bereavement charity’s work. ‘We were in a meeting discussing what we could do to help young people out, not just them coming to the charity’s headquarters, but something else they could do,’ explains Aaron Lawton, the youth panel member who first thought of the idea. ‘I’d done Beavers, Cubs and Scouts, and the idea just popped into my head’.

‘I remember writing it up on the flipchart paper and thinking, “Well that’s not going to work. It’s never going to happen!”’ says Lorna Vyse, Bereavement Projects Officer at Nelson’s Journey. ‘My reaction was similar,’ Simon adds. ‘I think there was still that knowledge gap for me.’

But something clicked, and Lorna began to explore the idea. Why did they run with it? For Simon, as well as the scale and capacity of the movement, it was knowing that Scouts is ‘an equal access route into activities’. Lorna adds: ‘With Scouts, it doesn’t matter what you believe. We say there’s no one way of being bereaved, no one way of coping. Scouts’ ethos works with that.’ 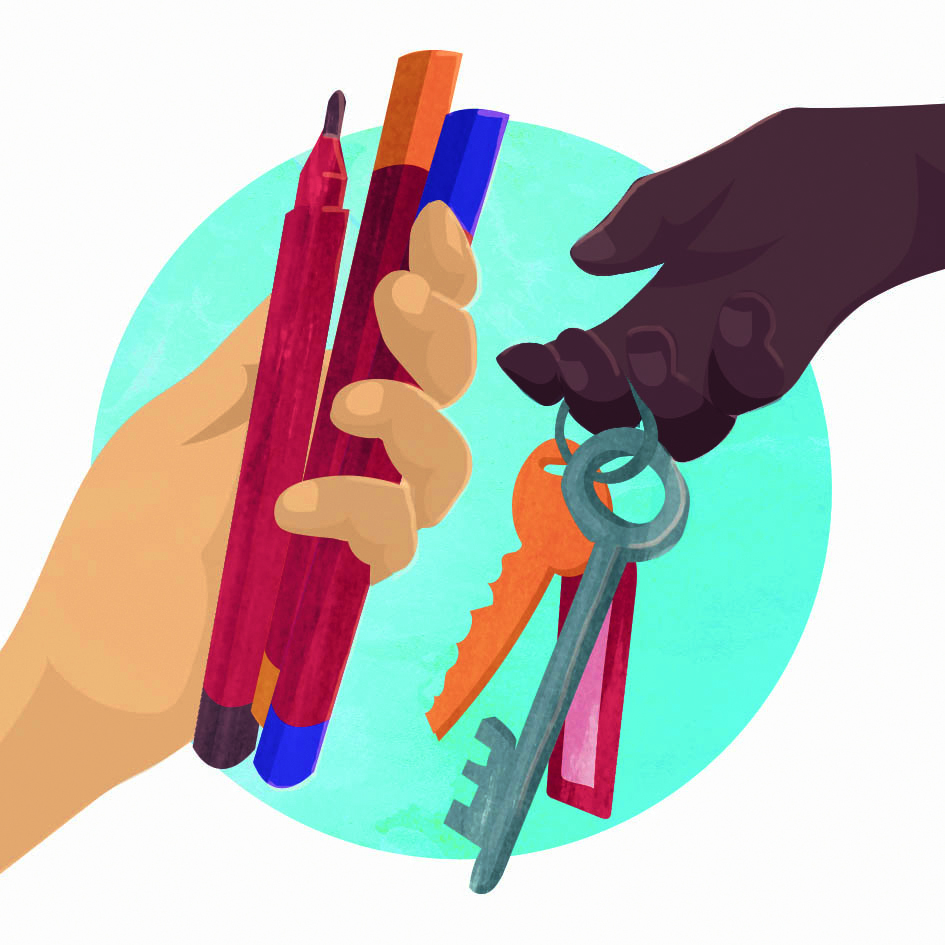 Overcoming challenges
Jane Warden, Norfolk’s Deputy County Commissioner for Growth, held a meeting with lots of pizza and plenty of ideas and concerns.

Peter Lawton, Group Scout Leader at 1st Smiles, has been involved with Scouts throughout his life. ‘We couldn’t follow any of the normal rules,’ he says ‘It was almost re-writing them. The young people come from all over Norfolk, it had no meeting place, no leaders, no committee… how do you make that work?’

Thanks to some innovation and creative thinking, things started to come together. ‘There were challenges, but we found a way round.’ says Simon.

With a pilot of six sessions agreed, groups across the county volunteered their meeting places and resources. The next challenge was planning the activities. First, the team chose programme areas. Balance was key – from adventurous activities to crafts, everyone wanted to make sure the pilot was representative of Scouts.

‘We discussed whether activities should be bereavement-related, too’ says Lorna. They found ways to ‘help the young people recognise that they’re all remembering someone’, without 1st Smiles becoming ‘the bereaved children’s group’, she explains. ‘I think Scouts lends itself to it. If you reflect together in a Scout’s Own, for example, you can cover bereavement issues in that small way’.

Rob Sheehan, office manager at Nelson’s Journey and a 1st Smiles volunteer, agrees: ‘We’re talking about doing it in the future – more as a nod to their special person who’s died, rather than a deep therapeutic activity, to acknowledge that they’re all there for that reason’.

With four sections in one room, careful planning is key. ‘Each meeting we had to come up with a programme for everyone,’ explains Jane. ‘It takes a lot of planning – it’s only once a month, but you’ve got four programmes to put into one long meeting.’

So far, though, it’s working. ‘Sections can work well together!’ Jane adds. It’s something she thinks other groups could consider – ‘Especially if you’ve got smaller sections, edit the same programme to fit the sections. Young people don’t mind working with each other. 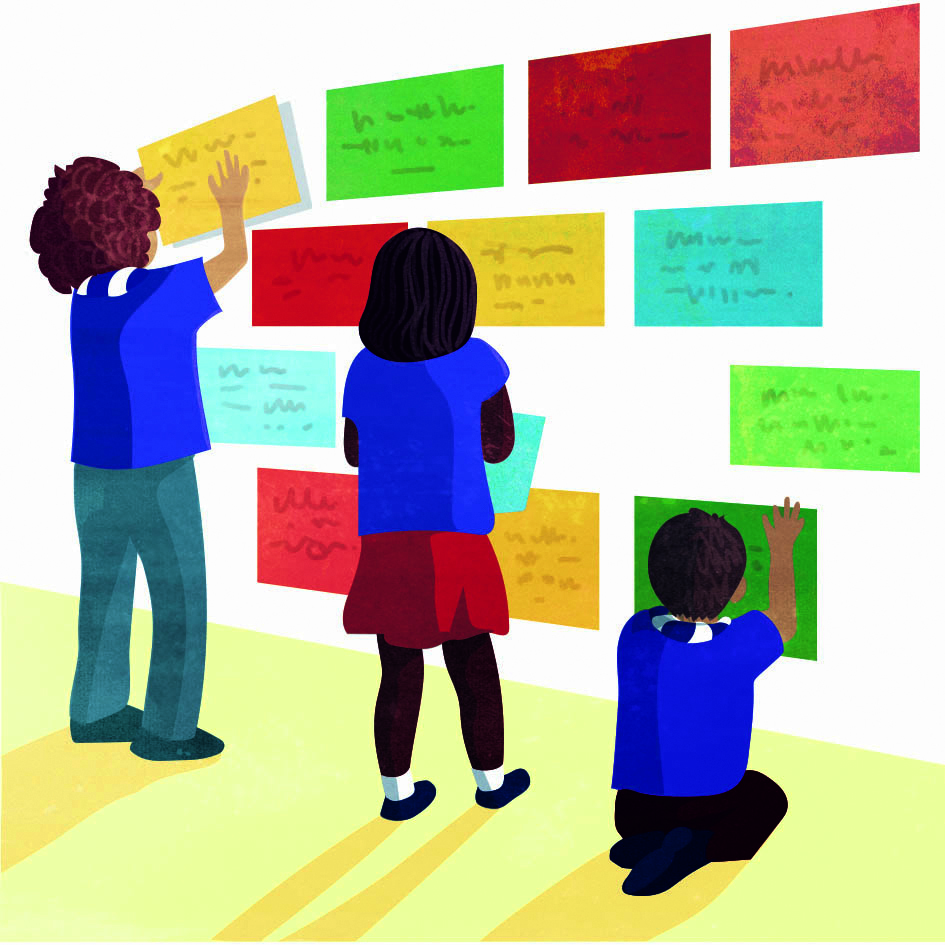 Milestones
The Membership Award (the badge people get for learning about the movement, and their section, and making their Scout Promise) is an integral part of any Scout’s experience, but for 1st Smiles it presented another challenge. ‘Normally, you’d wait four or five meetings,’ says Jane. ‘How does that work for us?’

So the team worked together to develop remote membership packs. Young people took them away and researched, but this wasn’t just homework: ‘The next session, they put in some dedicated time and worked through the packs,’ says Lorna.

Everyone at Nelson’s Journey knew that giving a pack to a recently-bereaved family just wouldn’t work – their concentration levels and priorities just aren’t the same. However, with a little bit of thought, and some dedicated time in meetings, everyone was ready to make their Promises in their mass Investiture.

‘Seeing the enthusiasm and joy in young people’s faces as they joined the Scout movement – I found it heartening,’ says Simon. ‘it gave me a sense that this is a group that’s got
a future’.

And, of course, there was the question of uniform. ‘We didn’t want to say, you now have to go and buy a uniform,’ explains Jane, ‘but we wanted an identity for these young people’.

A grant from a local charitable foundation provided everyone with t-shirts, and a start-up grant from Norfolk Scouts gave everyone a necker. The young people designed badges, and their designs were combined. ‘We’ve got our badges for our neckers!’ declares Max, one of the Cubs. ‘Which we haven’t put on yet!’ interrupts Ben, his younger brother.

Plenty of people stepped up to get 1st Smiles off the ground. ‘At least half our volunteers are from Nelson’s Journey,’ says Aaron, ‘most of them have no Scout experience’.

‘If a Beaver leader volunteers, they don’t necessarily have the experience to lead the Scouts,’ says Peter. ‘You can’t even do the normal thing of letting the Explorers teach the Beavers – most of them don’t yet have the knowledge to pass on.’ It’s a real testament to the time and effort of all the volunteers that the young people have had such a varied taste of what Scouts is all about.

1st Smiles wasn’t the start of Max and Ben’s Scout journey. ‘You’ve got your Bronze Award, haven’t you?‘ their mum prompts, and Ben chimes in, reminding everyone: ‘It’s the highest award in Beavers!’ Although these two are already keen Scouts, the majority of the young people (and about half the volunteers) are new to it and it’s changing perceptions.

‘The thing that’s surprised me,’ says Simon, ‘is the focus on growing Scouts in communities that haven’t traditionally accessed it. In the past, people would’ve thought of Scouts as being targeted at boys, for example. Actually, everyone gets something out of the experience. That’s one thing I’ve been really impressed by and come to appreciate more through this.’

‘I think I enjoy it more than I anticipated,’ says Rob. ‘I’ve had my eyes opened about how important it is to invest in young people, setting them up for their future and building confidence. Scouts helps do that. The volunteers are really helpful, really positive, really welcoming.’

The plan was always to link young people to local Scouts alongside 1st Smiles. This is starting to take shape, after just three meetings. ‘A few are on waiting lists with their own local groups,’ Peter says. ‘They’ll still come to 1st Smiles every month, but every week they’ll do Scouts too’.

An example to others?
In true Scouts fashion, everyone seems eager to share the benefits of 1st Smiles. ‘This would be fantastic nationwide’, say Max and Ben’s mum.

Partnership has been key from day one. Neither Nelson’s Journey nor Norfolk Scouts could have done this alone. ‘We put a partnership agreement in place,’ explains Jane. It detailed everything each partner would do. What’s really clear is that both parties see themselves benefitting: giving bereaved young people a break and helping them develop skills for life.

‘Collectively, Scout volunteers who give their time to help young people to be their best see thousands of bereaved young people in Norfolk each week,’ Simon explains. ‘To be able to tap into that and promote an understanding of bereavement for children in Norfolk – that’s an important part of the charity’s aims,’

Overall, 1st Smiles Scout Group is an example of teamwork, not only between organisations but between Scouts across the county. ‘It’s a group effort,’ says Jane. ‘1st Smiles had nothing, not even a box of felt tips. People supplied the volunteers, the venues, the equipment. We’ve been reliant on everybody’s goodwill, and they’ve come up with the goods.’ 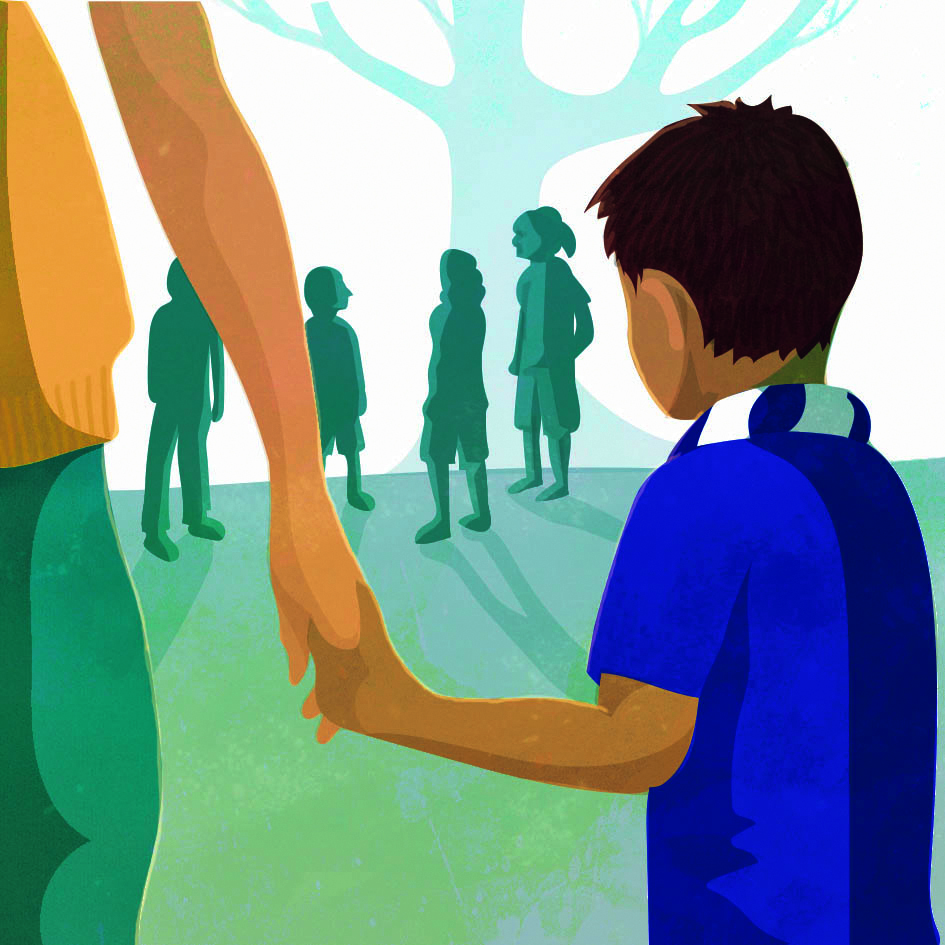 What’s next?
The future of 1st Smiles isn’t confirmed, although everyone seems to agree that the pilot’s going brilliantly. ‘For me, the reaction of the young people has been enough to make me think: we have to make it work. There’s no alternative, there’s not really a choice anymore,’ says Peter.

Next on the agenda is badges. People who are already involved with Norfolk Scouts have been able to count all they’ve done, but the ‘initial focus was giving people a taste of Scouts,’ says Peter. ‘We’re trying to work around badge requirements. A conventional group does a badge over a few weeks – we can’t quite do that’. They’ll also be thinking about residentials. ‘How lovely would it be to see them do a group camp?’ asks Lorna.

What about people’s hopes and dreams for 1st Smiles’ long-term? ‘I’m going to tell you mine first!’ says Lorna. ‘I’m going to have a 1st Smiles Group that has a Beaver Colony, a Cub Pack, a Scout Troop – the whole works. Wouldn’t it be lovely to have to say: “I’m sorry, we’ve got no spaces… we’ll have to set up another Cub Pack!”’

‘It’s a small project here,’ says Jane. ‘But these young people, in a few years, they could be the ones applying to go to the next World Scout Jamboree. They’ve come to Scouts through a different route, but there’s nothing stopping them.’

‘That thing I said, “It’s never going to happen”?’ says Lorna. ‘I’m never going to say that again. I’m going to look at things and think: we’ll make it happen.’