Be confident, understand your strengths and worth, and have a positive attitude towards yourself. 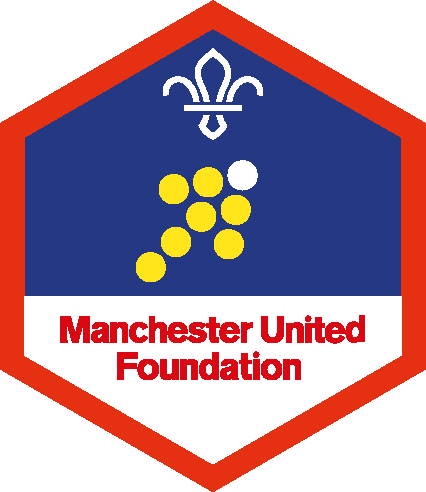 Young people should shape this experience and choose how they’d like to celebrate their moving on.

What is a moving on ceremony?

When they’re ready to move on from Cubs to Scouts, people usually complete their Moving On Award (Cubs to Scouts). This involves going to both Cubs and Scouts for at least three weeks, taking part in the Troop programme, and starting to work for their Scout Membership Award.

This helps them get used to their new Troop and adjust, but it’s also a chance to reflect on everything they’ve enjoyed at Cubs, and what they’re looking forward to at Scouts. Where possible, volunteers should think about when everyone’s ready to move on and help them move to Scouts with their friends, in pairs or small groups.

The moving on ceremony usually happens after those moving up have been to both Cubs and Scouts for at least three weeks. There’s no one way to hold a moving on ceremony – it’s just a chance to celebrate the Cub’s time in the Pack, welcome them to their new Scout Troop, and remember that Scouts is a journey.

Preparing for the ceremony

The ceremony usually involves both the Cub Pack and Scout Troop, so you’ll need to do some planning, especially if the Pack and Troop don’t meet at the same place, or on the same day. If it’s too tricky to get the whole Pack and Troop together, you could focus on having the Scout Troop’s Patrol Leaders and Section Leaders – or you could wait and run it at a joint event like a Group Camp where everyone will be together already.

It’s often nice to invite parents and carers of the people who are moving on, to mark the special occasion.

The moving on ceremony

What a moving on ceremony looks and feels like is up to you. Maybe you have old traditions that have been handed down, or maybe the Pack and Troop would like to start something new together. There’s no one way to get it right, as long as you include the main features: celebrate, welcome, and journey. If you get really stuck, we’ve included one example – but this is a great chance for everyone in your Group to create something special and meaningful together.

A moving on ceremony should celebrate a Cub Scout’s time in their Pack. It’s up to you how you do this. Some people throw a ‘parting party’ with people’s favourite games, food, and activities. This can be a great way to celebrate people’s time with the Pack.

Some Packs give the people leaving a parting gift, for example, a large jungle leaf with messages written on it.

A moving on ceremony is also about welcoming a new Scout to their Troop. Often, people invite members of the Scout Troop (especially Patrol Leaders and Section Leaders) to the ceremony, so they can take part. They might shake hands with the person moving up, or demonstrate their opening or closing ceremony.

Finally, a moving on ceremony should remind everyone that Scouts is a journey. Everyone moves from one section to another, but they’re all part of a bigger journey and family. A moving on ceremony isn’t about the differences between the Pack and Troop; it’s a chance to celebrate everything you share, and the people who are moving on, together.

Some Packs remind everyone of the story of The Jungle Book – at the start, Mowgli (the man cub) is guided by Baloo, Bagheera, and Akela. In the end, he leaves the jungle on his own, taking with him everything he’s learned. In the same way, the people moving on are leaving Akela and the other Cubs – but only to carry on the adventure in Scouts with everything they’ve learned.

Others show the journey with a step over a rope or a leap over some cones, or even ask the people moving on to take off their Cub jumper to reveal a Scout shirt underneath.

You can still run a moving on ceremony online – change it up so that it suits your group. You could try playing some of your favourite online games and inviting members of the Scout Troop to play some of theirs. Planning this will be the biggest challenge.

A moving on ceremony is a chance to think about wellbeing. How do you feel about moving on? It’s OK if you still feel more than one way about it – feelings can be complicated. What are you looking forward to? Do you think it’s worth moving on? Why is it sometimes worth doing things which aren’t easy, or which need us to be brave?

A moving on ceremony is also all about trying new things. The ceremony usually involves thinking about new people, places, and things. How do you feel about moving on to Scouts? What are you most excited about? Does having a special time to celebrate Cubs and be welcomed make it easier to move on?

You can download visual resources about going to Scouts here.

Most Cubs move up to Scouts when they’re 10 ½, but people’s individual needs should always be taken into account. More information on flexibility and reasonable adjustments can be found here.

Young people should shape this experience and choose how they’d like to celebrate their moving on.