Learn to make your own decisions, succeed without adults’ help, and achieve things for yourself. 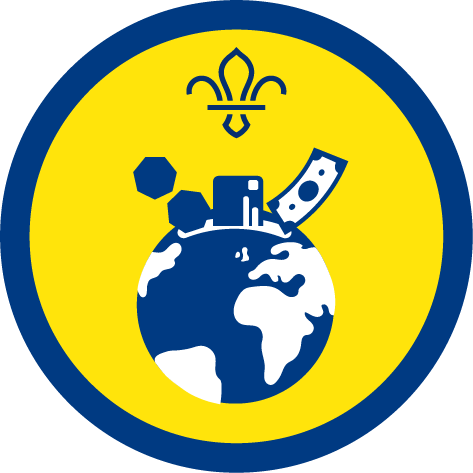 You could introduce combining coins to make up a larger sum, or you could use banknotes as well as coins.

Give young people the chance to to organise themselves into teams, and find their own ways of remembering the value order of the coins.

Use the Safety checklist to help you plan and risk assess your activity. Additional coronavirus-related controls to think about may include:

The royal shield design. In 2008, Matthew Dent won a competition to design the reverse side of the coin (the other side is always the current monarch). His design meant the 1p, 2p, 5p, 10p, 20p and 50p coins show a part of the royal shield. If you put them together in the right way, they make a full picture of the shield. The whole royal shield was on the old £1 coin, which we don’t use anymore.

The use of lions. There are two different images of a lion on the shield. A lion traditionally symbolises courage, nobility, royalty, strength, stateliness and valour because (throughout history) lions have been seen as the ‘king of beasts’.

A ‘lion rampant’ is a lion seen from the side, standing up with its front paws raised. You can also see a lion rampant on the royal banner of the royal arms of Scotland).

A ‘lion passant’ is walking, with its right front paw raised and all of its other paws on the ground (like the dragon on the Welsh flag).

What’s on each coin?

2p – most of the second quarter of the shield, which shows the lion rampant of Scotland.

5p – the centre of the shield, showing a little bit of each quarter as they meet in the middle.

10p – most of the first quarter of the shield, which shows the three lions passant of England.

It’s up to you which games you play – or if you want to find another way to get the group familiar with the coins and their value.

Why might it be important to be able to tell the difference between coins without looking at them?

Play coin charades (with physical coins or pictures of coins)

Make it trickier by describing it without using certain words like ‘round’ or ‘silver’.

Play guess the coin (with physical coins or pictures of coins)

Get creative (with physical coins or pictures of coins)

This activity showed how and why the different parts of British coins are different. It also gave everyone a chance to learn how to recognise them quickly. What helped people to remember the coins? Why are they different? Did anyone have a way of remembering the value order? How did it feel when there was a time limit on finding the coin? How might this activity help everyone in the future?

You could add time limits to the games.

Some people might find number ordering challenging – it’s OK if it takes them a little longer to put the coins in value order. You could start by showing them the correct order, then encourage them to do it themselves. You could also help them to find something they recognise in the coin that can help them put it into the correct order (remembering the colours, the shape, or the design, for example).

You could introduce combining coins to make up a larger sum, or you could use banknotes as well as coins.

Give young people the chance to to organise themselves into teams, and find their own ways of remembering the value order of the coins.