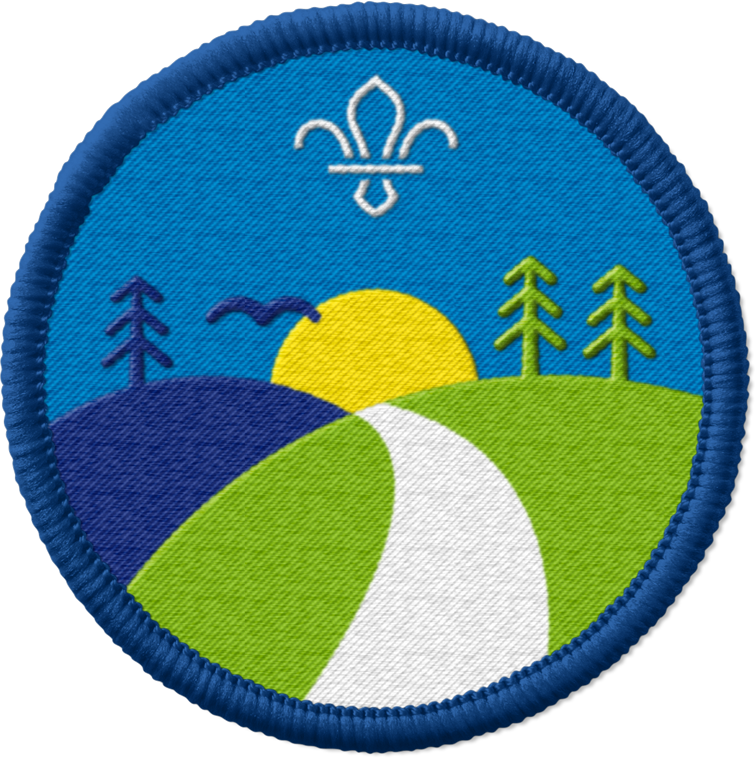 If someone is feeling confident they could help others draw, or help the adult with the directions during the walk.

Sammy was a squirrel, but he wasn’t an ordinary squirrel.

Sammy was a squirrel who dreamed of going on a big adventure. He did like the safe little garden that he lived in, with the brick wall, white fence, beautiful flowers and green grass, but he couldn’t help but think that there was more out there for him to discover.

Sammy waited all day for the squirrel to scuttle back past him. Eventually, he heard the rustling of the map and the pitter-patter of feet. Sammy jumped down from his shady spot in the big oak tree and stuck his nose through the gate.

‘Hello,’ replied the other squirrel. ‘Can I help you?’

‘Yes,’ Sammy said. ‘I couldn’t help but notice you hurrying past this morning with your map and your bag, and I wondered where you were going. You see, I love this garden, but I want an adventure. And you seem like a squirrel who knows how to have one.’

‘I most certainly am!’ the squirrel replied proudly. ‘I’m Shay, the great squirrel explorer. I’ve been exploring the park today, but tomorrow I’m going down to the woods by the lake.’ She pointed at the green shape on her map.

‘Oh, that sounds like fun! Please take me with you, Shay. I’ve only ever been in this garden, and I would love to find some new things,’ Sammy pleaded.

‘Sure. Be at the gate tomorrow morning and we’ll have the biggest adventure together.’

That night, Sammy couldn’t sleep. He was so excited. Finally, the sun started to rise, and the moon began to disappear. Sammy ran to the gate and waited for Shay. She appeared in no time with her map and bag.

Sammy cautiously opened the gate and stepped outside. As he took a deep breath of fresh air, Shay handed him something. It had a handle and a round piece of glass on the end. What could it be?

Now it’s time for us to join Shay and Sammy on their adventure. We can use our own magnifying glasses to see things more clearly, our ears to hear the sounds of the outdoors, our noses to sniff and smell the world around us, and our fingers to feel smooth and spiky things in nature.

Visits away from your meeting place

Do a risk assessment and include hazards such as roads, woodland, bodies of water (for example, rivers, ponds, lakes, and seas), plants, and animals.

Think about extra equipment that you may need to take with you, for example, a first aid kit, water, and waterproofs.

Throughout the activity, watch out for changes in the weather and do regular headcounts.

Think about changing the group sizes when using the compasses, or the number of boxes to draw in.

If someone is feeling confident they could help others draw, or help the adult with the directions during the walk.