Be cheerful, have fun, and love your life. 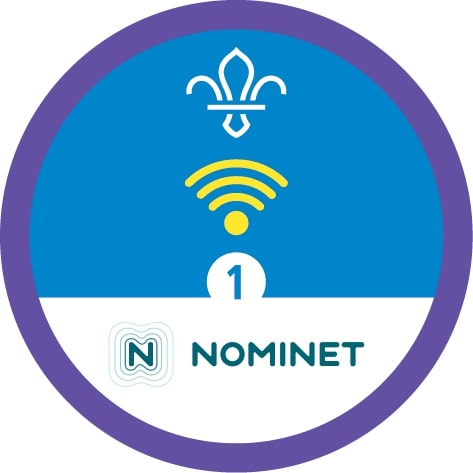 Each group should take a fake news story that was discussed and put the author in their place! Use reliable sources to find out what really happened and rewrite the story as it should have been.

This activity is a great opportunity for the group to share what they search for online. Let them share news pieces about things they’re interested in, if they’re appropriate for the rest of the group.

Scientists are training rats to drive tiny cars to collect food.
A shark is swimming down the motorway in America after a storm.
Bear Grylls set to lead a group of Scouts to camp in space.

Look over the news pieces before sharing them with another group to make sure they’re suitable for this task.
Who?
Who wrote the story, does it come from LeGiT_nEwZ_pOsTr_2012 or a named author? Is it from a familiar source? Be wary of social media posts that have no sources or references for where they got their information from.
What?
Does the story, video or picture look believable? Does it look like someone could’ve tampered with it? Was there any lead up to the news (eg if someone is reported as having reached the moon, you might expect to find some previous articles explaining how they prepared)?
When?
Look at when the news came out, the longer ago it was published the more other places should also report about it. When a discovery or event first takes place it can be difficult to find all the facts. It’s sometimes best to check back later to see how the story develops before fully believing it.
Where?
Where does the story appear, is it found in obvious places online? Does the site appear genuine? Also, check a site is ‘secure’ – look out for the little picture of a padlock before the address at the top of the page. Sites without this might hide computer viruses and should be avoided. If you aren’t sure whether a source is genuine or not you might need to do some more digging before sharing it as fact.
If the groups would like to do more fact-checking (and if there’s time), share the links you loaded up earlier with the groups, and see what they make of these news pieces.

Cut through the spin and concentrate on the facts.

Test the claims of people in power.

The internet is a fantastic and seemingly endless pool of knowledge, which anyone can contribute to. This makes it easier to share knowledge than ever before, but it also makes it easy to be misled by incomplete or false information. How did it feel to read the articles knowing that they might not be true? Why is it important to know how to identify a fake news story? What damage could fake news potentially do?

Challenge the groups to find fake news stories about specific subjects. Start with an easier one (something related to politics) but then see if they can find ones about the media, history, food and drink, language and countries/cultures.

It’s a good idea to find fake/real news articles for the groups to use beforehand, to make sure that no inappropriate content is shared.

Each group should take a fake news story that was discussed and put the author in their place! Use reliable sources to find out what really happened and rewrite the story as it should have been.

This activity is a great opportunity for the group to share what they search for online. Let them share news pieces about things they’re interested in, if they’re appropriate for the rest of the group.