Bear Grylls pays tribute to our remarkable volunteers and agrees to extend as Chief Scout, renewing his commitment to volunteer and inspire our movement. 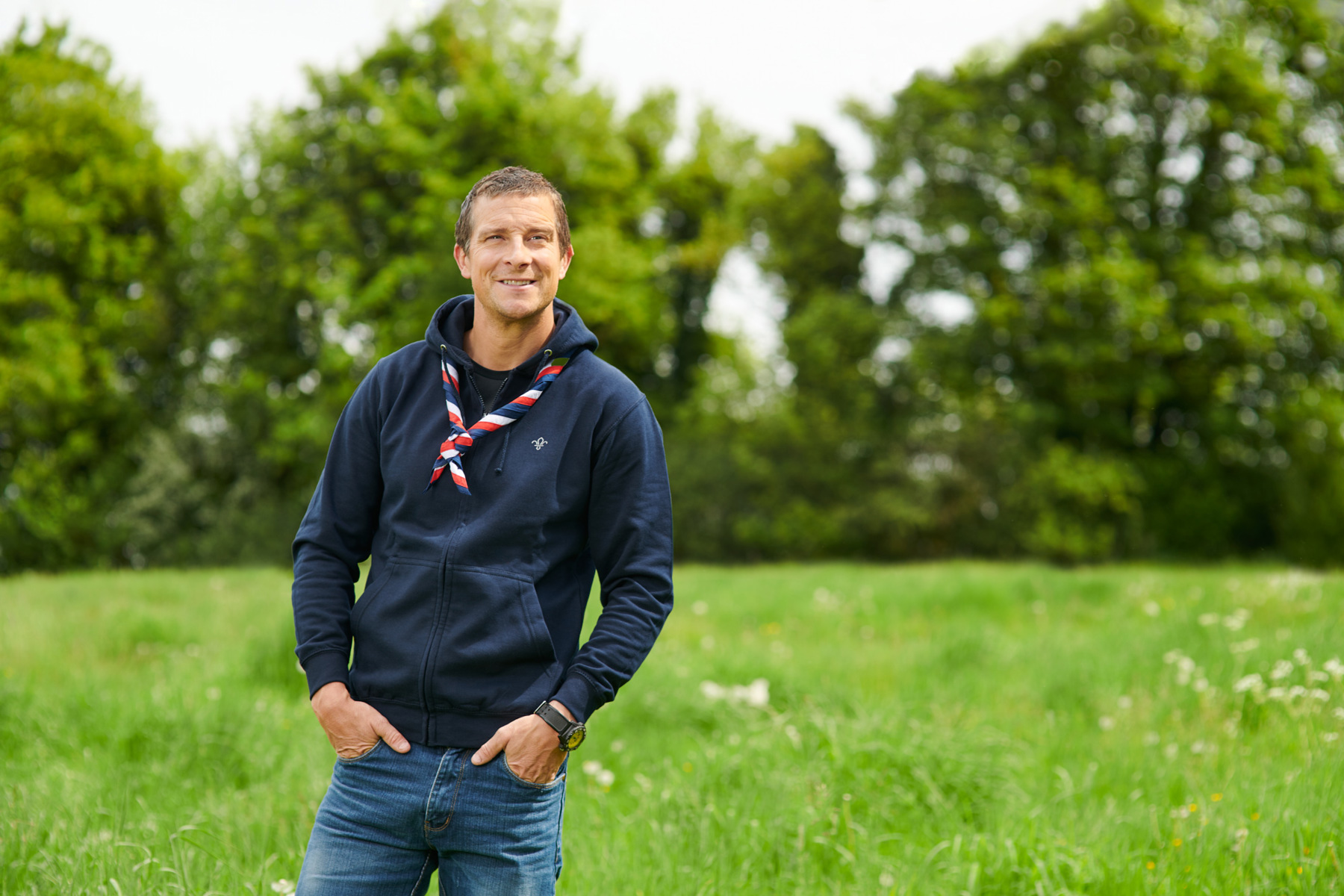 Inspired by their dedication, resilience and willingness to think differently, he’s also chosen this week to announce he’s renewing his own commitment to Scouts. He’ll now stay on as Chief Scout until at least 2023.

‘I really am just so amazed by every one of our volunteers,’ he said. ‘They’ve continued to provide Scouts online, helping nearly half a million young people to step up, speak up and play their part in this crisis. This Volunteers’ Week I want to thank every adult in Scouts for their commitment, their courage and most of all their kindness.’

In Scouts, we’ve not been able to meet face to face to keep people safe. But that’s not stopped our volunteers. Over 80% have carried on delivering sessions online, helping our young people get through this crisis. They’ve helped young people continue to gain skills for life, provide a sense of normality and a chance to connect with their friends.

Not only that, Scouts hiked 440,000 miles and raised £348,000 for BBC Children in Need and Comic Relief – helping those who need it most in the crisis. Scouts also rose to the challenge, offering free activities for families at home with their online hub, #TheGreatIndoors.

‘What you have shown is called Scout spirit,’ says Bear. ‘And it’s in moments of turmoil that it often shines the brightest. Its been incredible to see our volunteers’ response and their ability to adapt, and to keep innovating – you are all such our shining lights.

For me personally I could not be more proud to carry on as Chief Scout for at least the next three years, and my hope is that together we can steer and carry Scouting through this tough time and out the other side as a force for good across the whole nation.’

Staying on as Chief Scout provides the continuity and leadership the movement needs at this challenging time. ‘Becoming Chief Scout was the proudest moments of my life. I’m humbled to serve this great movement and we must never forget that it relies on the generosity of volunteers to keep going, despite the setbacks caused by the current situation. It’s what makes Scouts an unstoppable force for good.’

Bear was appointed UK Chief Scout in 2009, and has seen the movement grow by over 100,000 members since then. He’s visited Scouts in every part of the UK and inspired tens of thousands of young people to gain skills by their earning their Chief Scout’s Awards.

‘Bear has shown outstanding leadership across the last decade,’ says Matt Hyde, Scouts’ Chief Executive. ‘His positivity, loyalty and dedication has inspired so many volunteers to join our movement and give young people the opportunities they deserve. These are tough times, and we’re so proud to have Bear on our side.’