Whether it’s for April Fools’ Day or some unplanned fun, these harmless pranks should get your group giggling 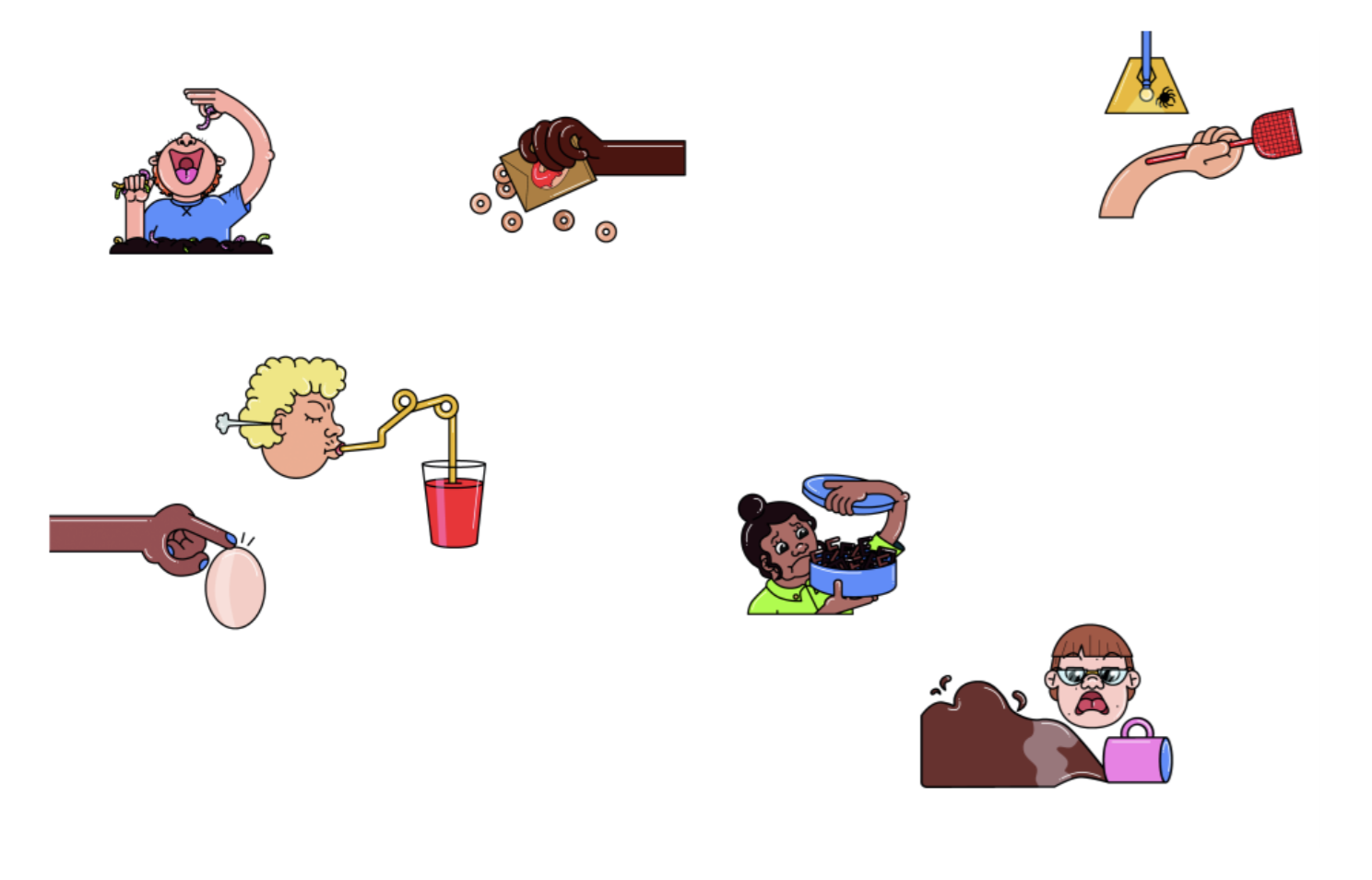 Mention April Fools’ Day and you’re likely to get mixed responses. Some people will groan, while others will grin. One person’s ‘hilarious’ is another person’s ‘horrible’ after all, and our experiences with practical jokes in the past can change how we feel about them.

For those who don’t know, April Fools’ Day falls on 1 April and is usually celebrated by playing practical jokes (also known as ‘pranks’) and hoaxes on friends, family and even colleagues.

Nobody knows where it came from, but Joseph Boskin, a professor of history at Boston University, had one theory. He said that during the reign of the Roman Emperor Constantine, a group of court jesters and fools told Constantine that they could do a better job of running the empire. Amused, Constantine appointed a jester named Kugel to be king for one day. Kugel called for the day to be celebrated with absurdity, and that became an annual event.

This explanation captured public attention in 1983 when it was quoted in an Associated Press (AP) article printed by many newspapers. Unfortunately, Boskin made the whole thing up – which makes it a pretty great April Fools’ joke.

In fact, April Fools’ Day has been around in England for at least a couple of hundred years, with reports from France and Holland starting in the 1500s. In some areas of Europe, the day is known as ‘April Fish Day’; possibly because there are a lot of fish in the rivers around 1 April so they’re easy to catch. People in these countries stick paper fish to each other’s backs, and give gifts of chocolate fish.

We want to follow in our European friends’ footsteps by making April Fools’ Day fun for everyone to celebrate. We’ve come up with some pranks that shouldn’t hurt or upsetanyone, because that doesn’t sound fun at all.

Obviously, you still need to make a judgement about who you play these on. If someone has a heart condition, for instance, you might want to rethink your plan. If you’re a leader, you could play them on your group, or you could create them with your young people to play on friends and family afterwards – just be sure to discuss what makes a prank harmless and fun compared to what makes a prank upsetting as part of the activity.

But for now, let’s get on with making some mischief. 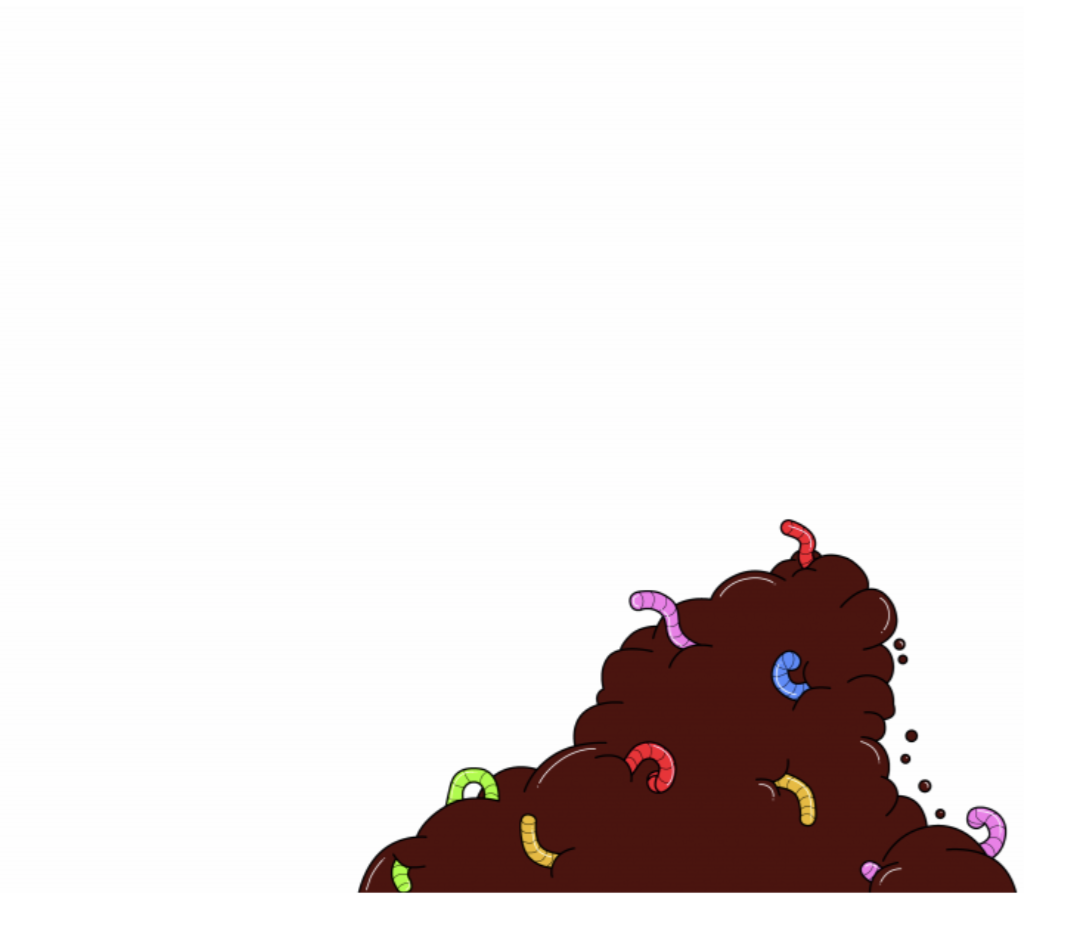 Crush up some Oreos, bourbons or other earth-coloured biscuits to make dirt, and then add some gummy worms for a yummy snack that you can gross people out with. These look really effective when packed in small Tupperware containers, and are easy to take along
for packed lunches or on camp.

The perfect prank to do on camp. If your young people are responsible for cooking breakfast, wake up early and replace some of the fresh eggs with boiled ones. They’ll get a surprise when they try to break them! Only do a few, otherwise you might not get breakfast, and be sure not to waste the boiled ones.

Make lots of these and leave them out for a funny start to a Scouts meeting, or try it one-on-one – you could even offer a sip to a fellow volunteer. Make the jelly by following the instructions then pour into a clear glass with a straw in it. Leave to set in the fridge. Hold it steady when you offer it, so it doesn’t wobble and give the game away.

If you’ve got a kitchen in your meeting place that young people are able to access, then this prank is perfect. All you have to do is stick pairs of googly eyes on everything that’s kept in the fridge – they work particularly well stuck on smaller things that you have multiples of, like eggs. Get some refrigerated snacks or drinks for your group, and ask some of the young people to go and get them during the meeting. As soon as they open the fridge door, they’ll get a big surprise!

Grow your own doughnuts

Buy a pack of small brown envelopes and ask everyone to decorate them however they imagine doughnuts might grow: with doughnut flowers, a doughnut bush or a doughnut tree. Label them ‘Doughnut seeds’. Give everyone a small handful of Cheerios (or similar doughnut-shaped cereal), and see which of their friends and family members fall for the joke.

Most young people are scared or curious about monsters, bugs and other creatures.

You can have fun with people from both camps with this super easy prank. Get a big cup (or better yet, a bucket) and put it upside down in the meeting space before your young people arrive. Stick a note on the cup (or bucket) – it should read something like: ‘Don’t take this off or it’ll crawl away!’ If anyone asks you about it, say it was already there when you arrived and that you’re not sureit’s a good idea to see what’s underneath. As the inevitable crowd gathers to see what’s underneath, see how long it takes before someone gives in to the temptation and gathers the courage to gingerly lift it up…

Replace the liquid hand soap in your meeting place toilets with syrup that’s the same colour, for a good sticky prank. The next time someone goes to wash their hands, they’re in for a surprise! This joke will probably only work the first time someone tries to wash their hands, before the joke is revealed to the rest of the group, so you could suggest that everyone goes to wash their hands at the same time, perhaps after doing a messy craft activity (or before handing out the brown-Es, see below) to make sure as many people as possible can get in on the fun. Make sure you have normal soap on hand so they can wash the stickiness off afterwards!

What’s nicer than fresh brownies? Simply cut lots of the letter ‘E’ out of paper and colour them in brown with felt tips, coloured pencils or paint. (If you’re short on time you could just use brown paper.) Bring these on a baking tray covered in foil, then uncover them to reveal the surprise. To avoid too much disappointment, you could provide some real brownies once everyone’s enjoyed the prank.

There’s a fly in my soup!

If you’re eating a meal while on camp, or having a packed lunch, put a raisin on top of your food or inside your sandwich. Pretend you’ve just found it and cry out that there’s a fly in your lunch. Then casually pick it off and eat it. If you’re not together for a mealtime on April Fools’ Day, put a raisin in a tissue instead, pretend to swat a fly, then pop it in your mouth.

No use crying over spilt coffee

This one’s particularly good if you know someone with a light-coloured sofa or carpet, or a gadget they hate being parted from. Create a cup of ‘spilt coffee’ that could be left on any surface (or near a valuable item) to give someone a scare. In a mug, mix PVA glue with a little brown food colouring until it’s coffee-coloured. Set the mug on its side so it can cool into the desired ‘spilt coffee’ shape). You won’t be able to use the mug again, but you can re-use this prank for years to come.

Another simple prank to do as a group and take home. Draw the outline of a large insect or spider on a piece of paper or card and cut it out. Once at home (or school/work), wait until daylight to attach it to the inside of a lampshade. When it gets dark and someone turns on the light, they’ll see the bug silhouette. Wait for the scream!

Seeing as April Fools’ Day happens around the same time as Easter, there will be lots of chocolate eggs available to play this simple prank on your young people. Carefully unwrap some enticing, colourful foil-covered chocolate eggs. Replace the eggs with grapes and wrap
them back up in the foil, making it look as neat as possible so you don’t give the game away. Offer everyone a chocolate egg and then wait for the response when they realise it’s not the chocolatey treat they were expecting… Make sure you keep the real chocolate eggs to one side and bring them out to offer around after the joke, to avoid causing an outcry.