Bella Roberts is a 16 year old Explorer Scout with the condition lymphedema. If you think that might slow her down, though, you haven’t met Bella…

‘The condition I have is genetic primary lymphedema. It means a) I was born with it, and b) it’s all over my body. Essentially, I don’t have a lymphatic system; in a ‘normal’ body, fluid is transported from the blood back into the body, but I don’t have that. All the extra fluid doesn’t go anywhere. It just floats. My hands, face and legs are all swollen, and a lot of people interpret that as fat. People can say what they want. At the end of the day, it’s my body and I know what I have, so that’s fine.

Over the years, I’ve built up quite a hard shell. I just say ‘bye’ to the haters and live on. I go to sixth form like any normal teenager would. I’m studying triple media BTEC, and I want to be a film director when I grow up. I have quite a bubbly attitude towards most things. My mum just says get on with it, do your best, that’s all you can do.

Usually my siblings accompany me when I go places, but going to Scouts for the first time felt like something I wanted to do myself. I was really nervous, but throughout the night I became so relaxed. Everyone was nice and the leaders were helpful and kind. They explained everything. I felt so welcomed. At the end of the night, I thought: ‘I’m going to stick with this. This is going to be really fun.’ 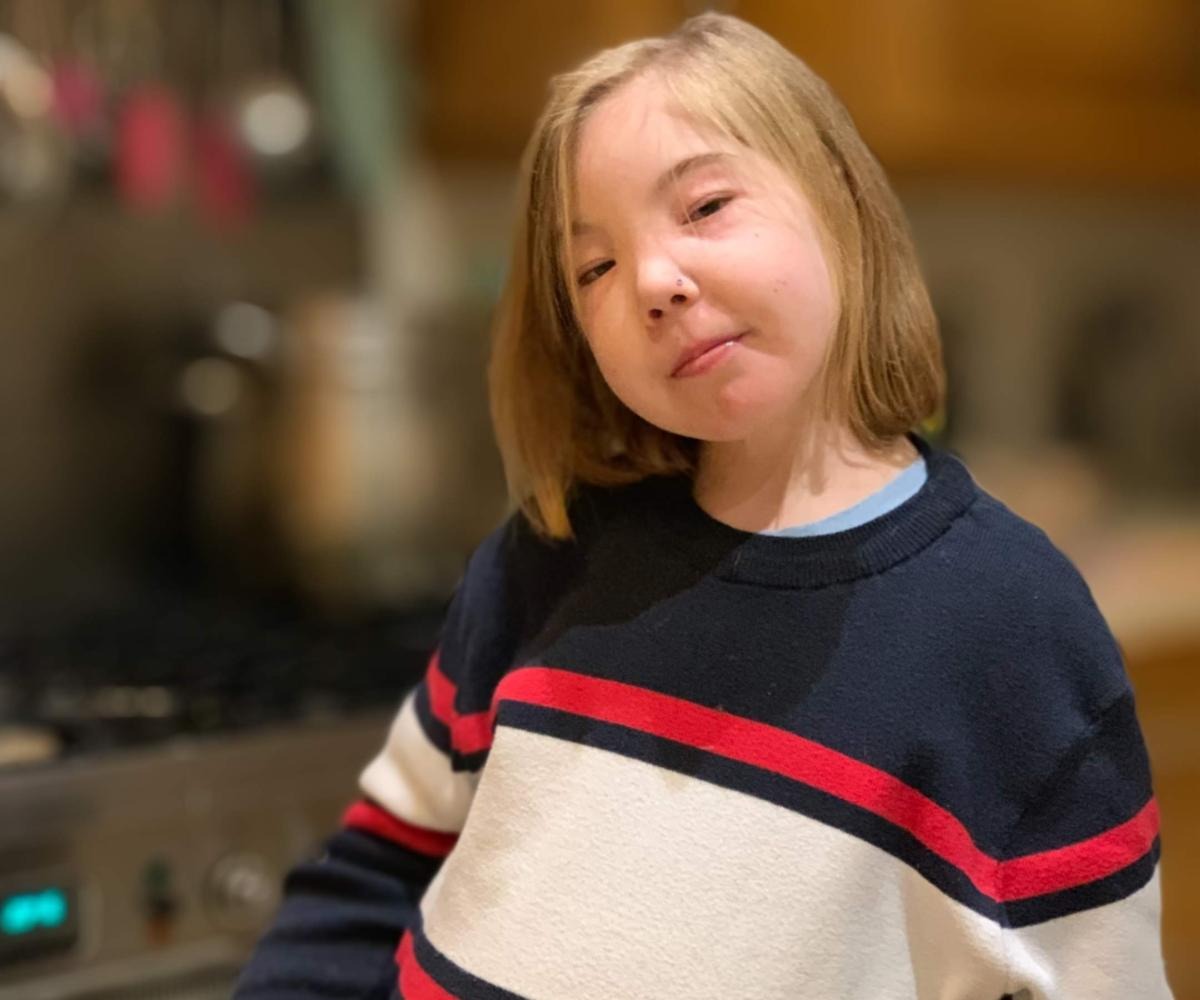 We went on a winter camp recently. I’ve never camped before in my life and I’m no Bear Grylls. I lasted one night. It was the coldest night ever! I was the only girl. The guys were fine because they got to stay in a tent together and share body warmth, but I was in a one-person tent by myself. I stayed for the second day, but that night, I was like – ‘no’. It was really fun, but if I tried to camp again, it would be in the summer.

There are a lot of things where if I can’t do it, I’ll just say so. But at that camp, in the night, there was no going back. I had to just get stuck in. There was an obstacle course too – I couldn’t physically do all of it but I finished my attempt and felt like I’d achieved something. That’s the thing with Scouts and Explorers; it doesn’t matter if you don’t do something perfectly, you just have to try it out. And that’s what I love. They don’t force me to do things, but they encourage me to try. And if I manage it, it makes me feel really good.

I think my greatest Scouts achievement is being myself. I know that sounds cringey, but I’ve always had a hard time with people accepting me for who I am. In school, I know how people look at me; they think I’m this weak person. But at Scouts, they’ll throw a dodgeball at me just as hard as the next person. I think it’s cool that they treat me the same as any other teenager.

I recently made a speech at Westminster Abbey in front of 2,000 people, which, to me, didn’t seem like a lot because I was so nervous I couldn’t look at anyone at all. I wanted to do it to tell my story, to represent my community and the Scouts community. To show that we are inclusive for everyone. I got so many emails afterwards, I was like, ‘Oh my gosh, I’m famous!’ Living with lymphedema is quite hard, but you have to not let it get to you, and just do everything that you want to do.

Hopefully one day you’ll see me and I’ll be at the Oscars, walking down that red carpet. I know it’s the most clichéd thing you could ever say, but you’ve got to follow your dreams. Regardless of any condition you have, whether it’s dyslexia or ADHD or Down’s syndrome – I feel like that shouldn’t stop you doing what you want to do.’

Watch the full interview with Bella: