Support Scouts for future generations and buy a brick to be part of our Promise Path Appeal at Gilwell Park.

A life in Scouts is a life crammed with memories. Why not commemorate a special memory or a treasured leader, partner or friend with a brick along the Promise Path at Gilwell Park? Since 2016, Scouts from around the world have engraved heartfelt messages on their bricks along the path– you could join too.

As the headquarters of Scouts UK, Gilwell Park holds a special place in the hearts of people across the globe. The Promise Path offers an opportunity to treasure your memories and share them with generations to come.

Find your brick on our map

Deciding which brick to choose?

Choose from six brick options that range from a Single Clay Brick (£50) to a Bespoke Granite Brick (£1,500). 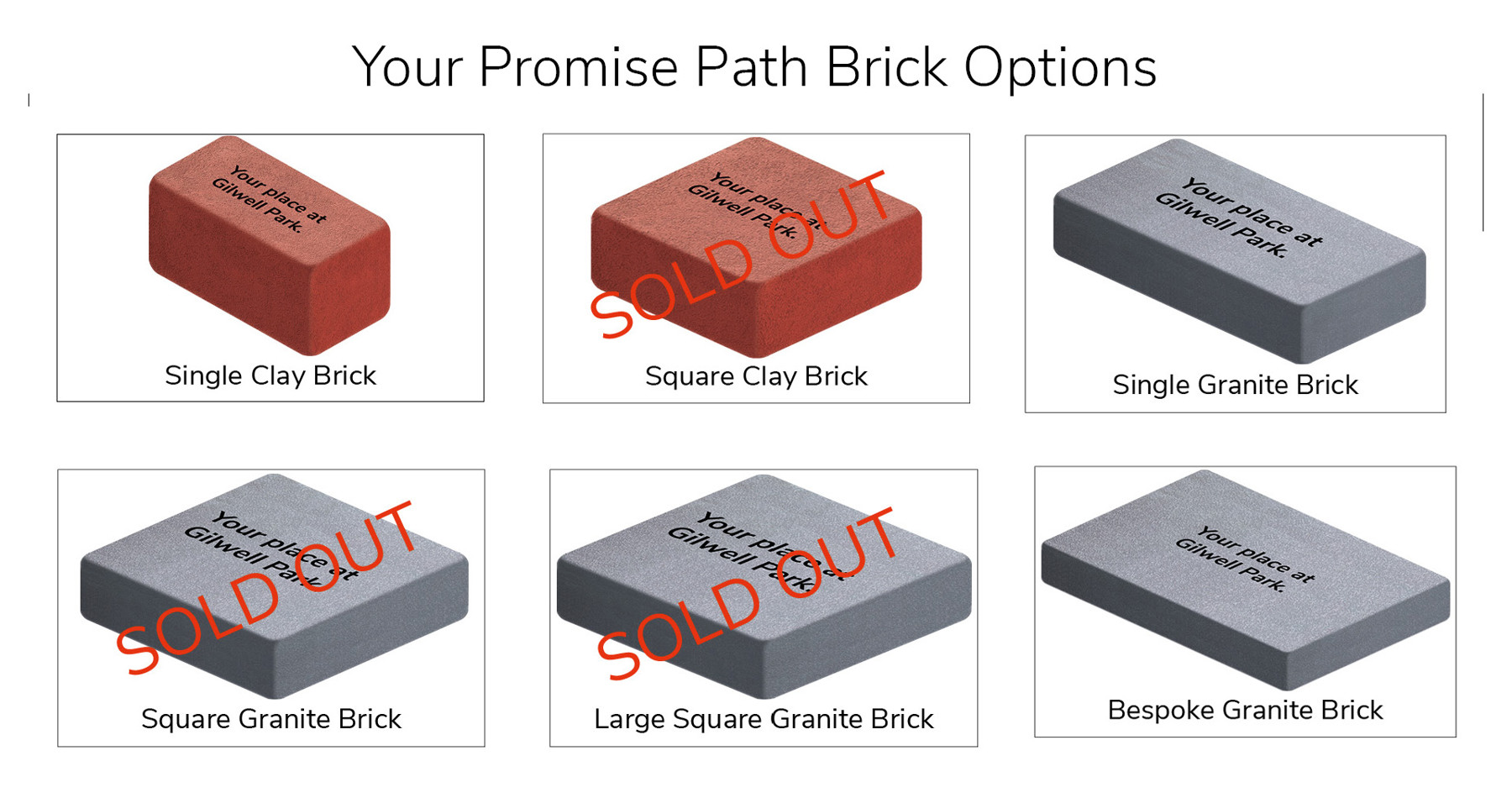 2 lines of text, 16 characters per line (including spaces)

3 lines of text, 16 characters per line (including spaces)

3 lines of text, 22 characters per line (including spaces)

4 lines of text, 22 characters per line (including spaces)

5 lines of text, 26 characters per line (including spaces)

Note: Bespoke logos and symbols are available for a small additional cost.

6 lines of text, 26 characters per line (including spaces)

We've tried to cover as many FAQs as possible. If your question hasn't been answered, get in touch with the Fundraising Team today at fundraising@scouts.org.uk.

We arrange brick laying for approximately 100 bricks at a time. We estimate that we’ll need around two brick laying sessions a year. But don’t worry, you’ll be kept up to date with all the timings once you’ve bought a brick.

Yes, please count your characters before placing your order. We'll double check your text when we receive your order. If your text is too long, the Fundraising Team will be in touch to let you know. You may need to shorten your text, or we'll request a small additional fee.

Yes. Things like: ! & * @ / - : are all classed as normal characters. Symbols like a heart or star are welcome on the bricks but may need to be engraved by hand. Before we confirm your brick order, we’ll speak with our engravers to check they fit or if they require a small additional charge. For example: a hand-carved heart usually costs £7.

We tend to reserve logos for the larger bricks, like Bespoke Granite Bricks because we can’t guarantee logos will fit on the other bricks. Fill in your brick order as normal and add ***LOGO*** on the line you want it. Please note that logos will take up more than one line of space. We’ll get in touch, or you can email us at fundraising@scouts.org.uk to send an EPS file of your logo.

Yes. You can amend your text or even change your brick size. We prefer that you make your changes within 10 days of receiving your confirmation letter. If you wish to make changes after this time, the team will do their best to arrange this for you, but please don’t leave it to the last minute!

Many people like to surprise a loved one or Scout Group with a brick in their honour. If this applies to you, after you’ve completed your order please email fundraising@scouts.org.uk to confirm who you’d like the certificate made out to.

Of course! Here's a PDF version of a sample certificate. We'll send one to you in the post when we've received your brick order.

Don't forget to let us know if the brick is a gift for a loved one or Scout Group because we'd be happy to personalise your certificate. Simply email fundraising@scouts.org.uk to make these changes.

If you’re one of the thousands of visitors each year walking along the path, please let us know if you notice your brick has an error or if you see a broken brick. Simply ask the Reception at Gilwell Park to call Charlotte Schofield (our Individual Giving Executive) and she’ll come down and meet you. Or, you can email fundraising@scouts.org.uk. We’ll find the issue and add this onto the next available brick laying. 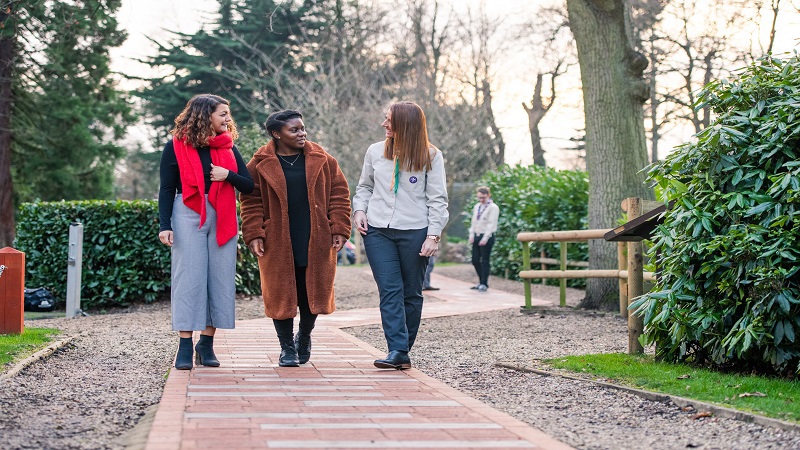 Write a heartfelt message for a loved one or Group to add on the Promise Path. Place your order to receive a personalised certificate! 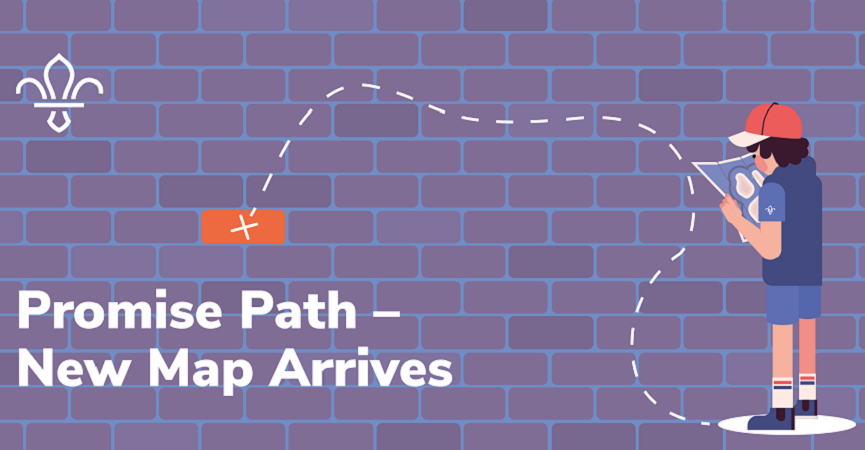 With over 800 bricks in the Promise Path, it's not easy to know exactly where yours sits. So, we've made a map for you. Search for a key word in your brick to find it in seconds.

If you have any questions, would like us to post you a leaflet, or wish to share the story behind your Promise Path brick, get in touch today at fundraising@scouts.org.uk.

Howard Denyer met fellow Scout Fred Parker in Guildford, Surrey where they both shared a love of knots.

Jackie Churchyard, Howard’s sister, tells us: ‘As enthusiastic knot devotees, they spent many years explaining, pioneering and touring Scout and Guide Groups in the Home Counties as well as Women’s Institutes and schools etc. – in fact, any who would listen!’

‘Howard and Fred were regulars at Gilwell Reunions and always had plenty of visitors eager to try knots at their stall. Sadly, Howard died in March 2015 aged 66 and Fred passed away in June 2015 aged 93. Many will remember them. Great Scouts. R.I.P.’