Supporting our work in the Early Years 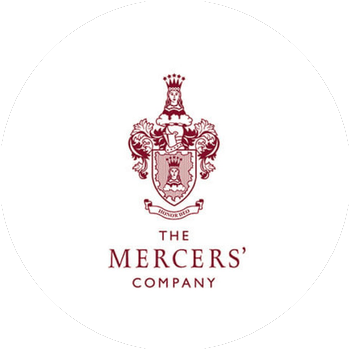 Research shows that many of our key skills and attitudes are formed in the early years of life.

Already, Scouts around the world are exploring how they can work with children at a younger age.

We believe that the earlier a child accesses non-formal education, the more positive the impact on their future development. With the support of the Mercers’ Company as trustee of the Charity of Sir Richard Whittington, we’re beginning to test new models of delivering Scouts to disadvantaged 4 and 5 year olds.

The funding will support a 3-year project to deliver 20 pilots across Greater London. We’ll test different approaches in reaching this new age group, particularly focused on areas of deprivation.

Continuing the work we began with the Department of Education in November 2018, we’ll also test new ways of recruiting more volunteers from different backgrounds. In the USA, 61% of members are from families new to Scouts and 75% of new parents from their early years programme went on to become volunteers. We're hoping to see positive results here in the UK, too.

Please note: Scout Groups do not have permission to start early years provision outside of these pilots. Unofficial provision is against our rules, could affect the results of the pilots and is not insured. The existing Squirrels programme, run under a Memorandum of Understanding with Scouts NI is not affected by the pilot schemes in Greater London.

In 2019 The Mercers Company provided funding for 20 Early Years pilots to open across London in the 30% most deprived areas over a three year period. In addition to providing funding for two members of the team and a start up grant for each section, their funding enabled us to produce a range of resources and age specific training in order to support the volunteers running the pilots.

By the end of March 2022 these pilots will have resulted in engaging with 280 children, 66 adults and 280 parents and carers supporting then to build Skills for Life. We'll have tested ways of engaing new communities and developed tools and resources to support the scale up of Early Years Scouting.

Research has shown that the early years is a critical period in terms of a child's development, as they form bonds with their parents, develop language skills and other cognitive functions, and establish behavioural patterns. Gaps that emerge in the early years can persist into school years and beyond, affecting long term life chances, and children from disadvantaged backgrounds are more likely to start school with an attainment gap than their more well off peers.

The funding from The Mercers Company will enable Scouting to play its part in closing the attainment gap and providing the young people with Skills for Life.

‘Oscar is my great nephew. Coming to Scouts has built his self-confidence up a lot. Before he came along to these meetings, he didn’t really speak a lot, so the general socialising’s been so good for him. He’s learnt outdoor and everyday skills – things he wouldn’t otherwise do at home. He’s loved doing the fires and marshmallows, of course. The leaders have helped him settle in so well. He used to be funny with new people, but the volunteers have been brilliant – so caring.’

About The Mercers' Company Charity

The Mercers’ Company is a livery company focused on being a force for good.. The Company is the trustee of a number of charities including the Charity of Sir Richard Whittington. Sir Richard Whittington (better known as Dick Whittington) was a member of the Company and was Lord Mayor of London four times. His charity was created under his will and the Mercers’ Company was entrusted with it on his death in 1424. The Mercers’ Company and the charities of which it is trustee run three major grant programmes, through which they support around 180 charities each year. The programmes are for: Young People & Education, Older People & Housing, and Church & Communities. The collective aim of the programmes is to relieve disadvantage and create positive change across generations, giving those they help the chance to live a fulfilling life now and in the future.

It was another member of the Mercers’ Company, Robert Baden-Powell, who founded the Scouts movement in 1907.

The Company is delighted to support Squirrels through its Early Years special initiative.

Contact the Trusts team to learn more about our partnerships with trusts and foundations, and to explore how your trust could support our work. We'd be delighted to hear from you.