Our partnership with RAF is delivering resources, activities and events to support STEM. 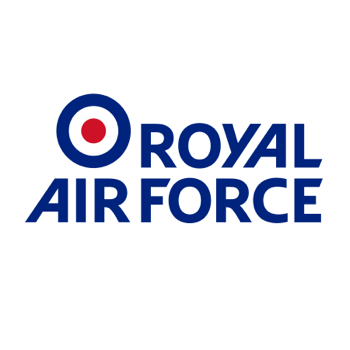 The Royal Air Force (RAF) are passionate about equipping young people with the skills they need to soar.

The RAF are the new sponsors of our staged Air Activities badges across all Scout sections. The RAF are on hand to share their expert knowledge in the field of Science, Technology, Engineering and Maths (STEM), providing Scouts with:

With the Air Activities staged badges, all Scout sections can explore the secrets and science of flight. They'll learn about the workings of an aircraft, how to chart a journey across the sky and how to prototype their own flying machine.

Keen to get stuck in? The resources for Air Activities badges will be available on this web page soon. In the meanwhile, please download the Air Researcher activity pack below which the RAF supported between 2015 and 2019.

During our partnership with the RAF we have created some amazing additional resources which were featured in issues of our Partnerships Magazine, Make Do Share. Download these activities below.

The RAF offer a range of hands-on activities for Scouts, from one-hour STEM sessions to full-day programmes, challenges and competitions.

For more information, contact the RAF Youth and STEM team at rafyouthandstem@outlook.com

Events and takeover days:
This year, a number of RAF takeover days are taking place at museums across the UK, with space for up to 250 scouts at each location. Jam-packed with immersive experiences, these specialist activity days are designed to give Scouts the chance to work towards or complete their badges and develop a range of new skills along the way. Throughout the day, STEM Ambassadors are on hand to share their expertise, answer questions, and guide everyone through the requirements step by step.

It was a really good day. The Scouts had fun and the RAF staff were very friendly. Plenty of resources available and enough space for all.

Richard, Scout leader (attended a takeover day in Cambridgeshire in 2018)

Planning a day trip with your Scouts?

Visiting the Royal Air Force Museums or Imperial War Museums is a great way to bring the Air Researcher and Air Activities badges content to life and try something new together. Entry is often free, or available at a discounted rate for groups.

The RAF is the air component of the United Kingdom's Armed Forces (the other services being the Royal Navy and British Army). It is the oldest independent airforce in the world. The RAF's mission is to support the objectives of the British Ministry of Defence (MoD), which are to "provide the capabilities needed: to ensure the security and defence of the United Kingdom and overseas territories, including against terrorism; to support the Government’s foreign policy objectives particularly in promoting international peace and security."

The RAF describes its mission statement as "... [to provide] An agile, adaptable and capable Air Force that, person for person, is second to none, and that makes a decisive air power contribution in support of the UK Defence Mission." The mission statement is supported by the RAF's definition of air power, which guides its strategy. Air power is defined as "the ability to project power from the air and space to influence the behaviour of people or the course of events."

Find out more about the RAF here.

The Royal Air Force Charitable Trust (RAFCT) is the youngest member of the Royal Air Force family of charities and has had a significant and positive impact on the lives of many young people. Through the support of a wide range of projects and initiatives, particularly those focused on supporting Science, Technology Engineering and Maths (STEM), the RAFCT strives to improve the lives and opportunities of young people across the UK.