It’s LGBT+ History Month. And while some of us might be fully aware of what it’s all about, some people might not even know it exists. To explain its history and why it’s so important, Vic Leon-Cutler and James Clarke, two volunteers in Scouts’ UK Inclusion Team, give us their thoughts. 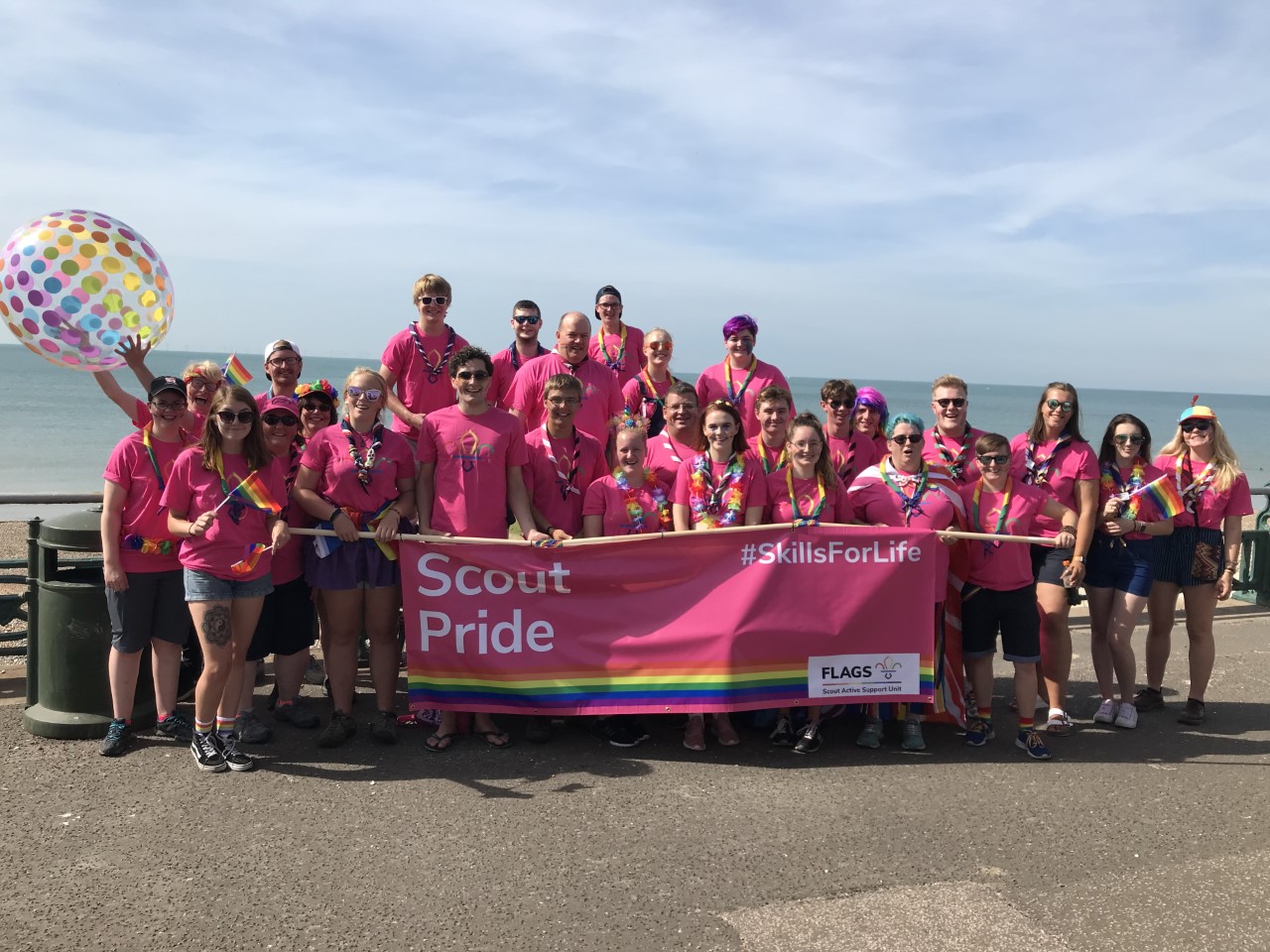 The first ever LGBT+ History Month was created by Rodney Wilson – a high-school teacher from the US – in October 1994. He hoped that the more people who knew about the history, the less that LGBT+ people would feel a minority and the more visible the LGBT+ community would become in society. In February 2005, LGBT+ History Month was set up in the UK by Sue Sanders and Paul Patrick, two out-and-proud teachers working for the charity Schools Out.

As teachers and Scouts, we believe that understanding and learning about the past can only lead to a brighter future. At school, in our classrooms and in Scouting, we’re both open about our sexuality and identity. One of us is an openly gay male (James – he/him), working at a secondary school in North London, and the other is a non-binary queer primary school teacher in Brighton (Vic – them/they). If we look back only 20 years ago, this wouldn’t be possible. This was because of a law called ‘Section 28’. A law which ‘prohibited the promotion of homosexuality, the publication of materials intended to promote homosexuality and the teaching in any maintained school of the acceptability of homosexuality as a pretended family relationship’. 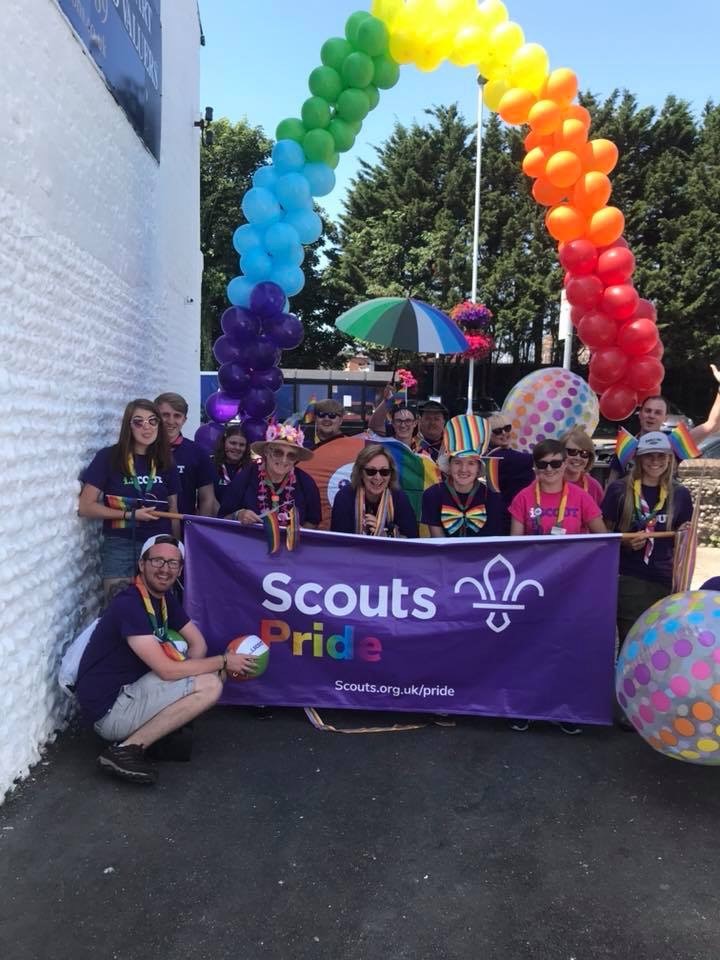 Vic: I was nearly 17 by the time Section 28 was overturned and in university by the time any real changes were felt. Growing up during Section 28, knowing that I was queer, was difficult. At school, there were no books in the library that featured people like me; no queer history taught, no role models, just zero acknowledgement accompanied by complete denial and disregard should the topic come up. I studied Oscar Wilde as part of my English Literature A-level with zero mention of the fact he was gay: in fact, when we had to research him, we were given highly edited ‘fact sheets’ to look at. In History, we studied WW2 codebreakers but there was no mention that Alan Turing had suffered because of his sexuality. In fact, my teacher told us that ‘he wasn’t married because he was too busy working to find a wife.’ On the playground, no-one stepped in to correct students when they’d repeatedly use the word ‘gay’ as slang to mean something was uncool or rubbish.

Imagine growing up in a world where the very idea of who you are is so abhorrent that it can’t even be spoken about. Think about what that does to one’s sense of self. Even in today’s post-Section 28 society, many queer people face a high level of discrimination. Is it any wonder that LGBT+ people are more likely to be affected by depression, anxiety, lack of self-worth and suicidal thoughts than their heterosexual counterparts?

For this reason, it’s even more vital that LGBT+ young people in Scouts have positive role models, and that LGBT+ history is discussed openly and supportively. LGBT+ role models are a lifeline for many young people and while realistically, not everyone’s going to have an LGBT+ relative, teacher, or Scout leader, they can all have amazing allies. The new Module 7 training is a great place to start on the journey to becoming a great ally. While we all know and understand that change takes time, we believe that in Scouts, we can be proud of the steps we’re taking for inclusion.

While Section 28 is no longer, the effects of it will last longer than we can imagine. Teachers in the profession who still feel uneasy talking about anything LGBT+ related; who’ve had it ingrained in them that there’s no place in schools for ‘that kind of stuff’. This is why LGBT+ History Month is so vital, not just in schools, but in Scouts too. The LGBT+ young people of today need to know it’s okay to be themselves; that people just like them have walked that path before and not only survived, but also achieved great things. They were courageous and fought battles so that we have the rights we do today. While attending Pride events is important, it’s vital to remember that Pride began as a riot. A fight for change. 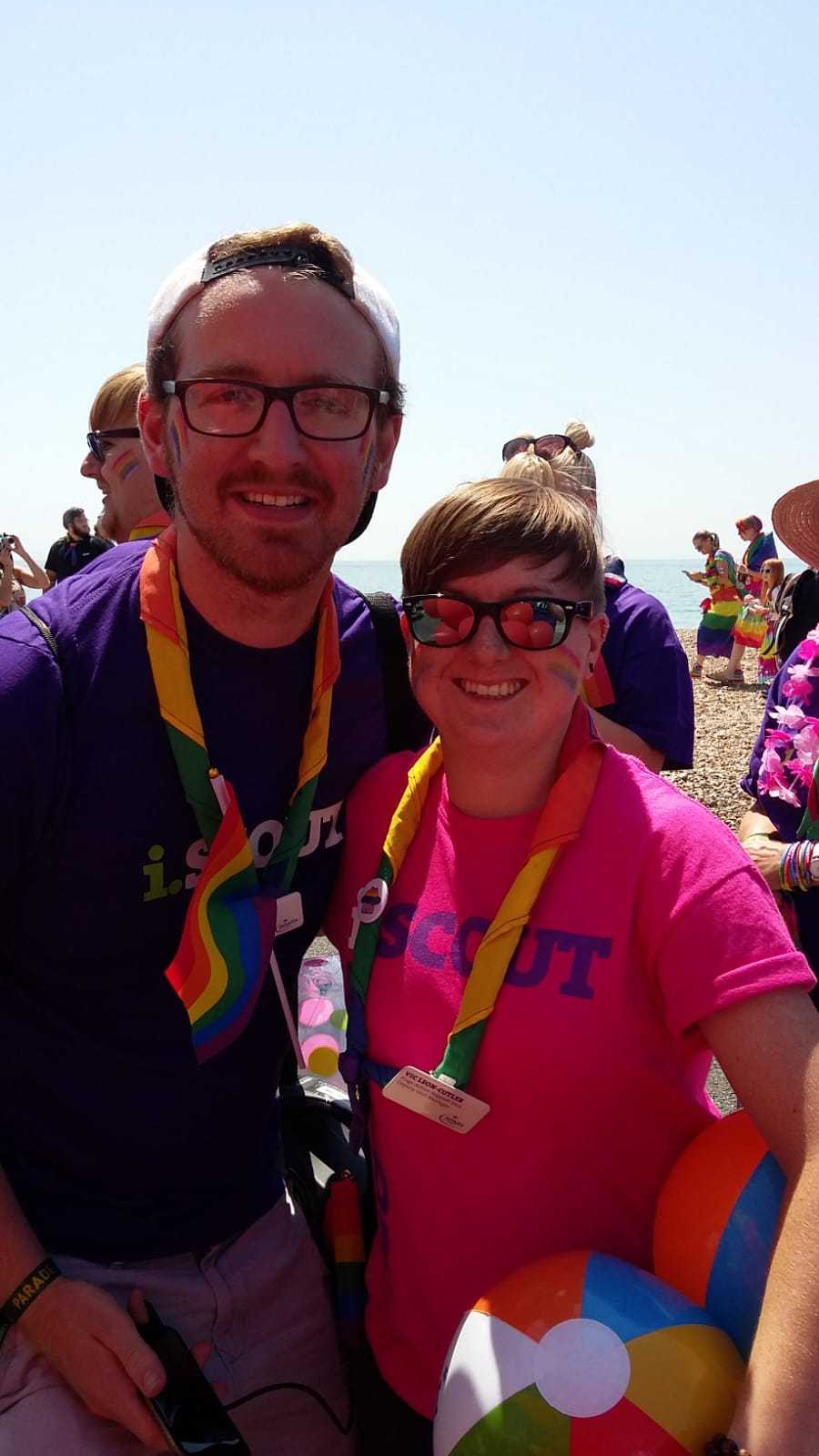 James: True or false: it was illegal to talk about LGBT+ relationships in an English school in 2002. This was a question which featured in our school Kahoot quiz last week (I’ve no doubt that by now, everyone in the UK has heard of Kahoot!). To the surprise of most students, the answer is in fact true. This was then followed by the question, ‘How many countries is it illegal to be homosexual in? 20, 35, 52 or 74?’ Everyone thought it had to be a low number and so decided on 35, but the answer was, to the disbelief of the students, 74.

In society now, whether that be at school, in my classrooms or within Scouts, I’m always open about my sexuality and identity. It hasn’t always been easy and even writing this blog now has taken me several rewrites, but as someone once said to me, ‘Let's be the role models we needed when we were at school’. For me, it was first in Scouts at the age of 14 that I felt comfortable and safe enough to first come out and say, ‘My name is James and I’m... gay’. Eleven years on and I’m proud to feel like I’m starting to become the role model that I needed then, and I don’t think I’d be anywhere near that if it wasn’t for the safe and inclusive environment created for me through Scouts.

2009: Launch of FLAGS, an LGBT+ Scout Active Support Unit that supports adults and young people across the UK

2015: First Rainbow Cafe is staffed by the International Service Team (IST) at a World Scouts Jamboree

2019: 32 Pride events attended by Scouts across the UK