What’s working and what’s not working in our pilots trialling Scouts for 4 and 5 year olds?

A range of new volunteers have got involved in the pilots for 4 and 5 year olds: parents, teachers, charity workers, and at least one budding father getting childcare experience on his road to adoption. We look at who’s getting involved and what is and isn’t working out. 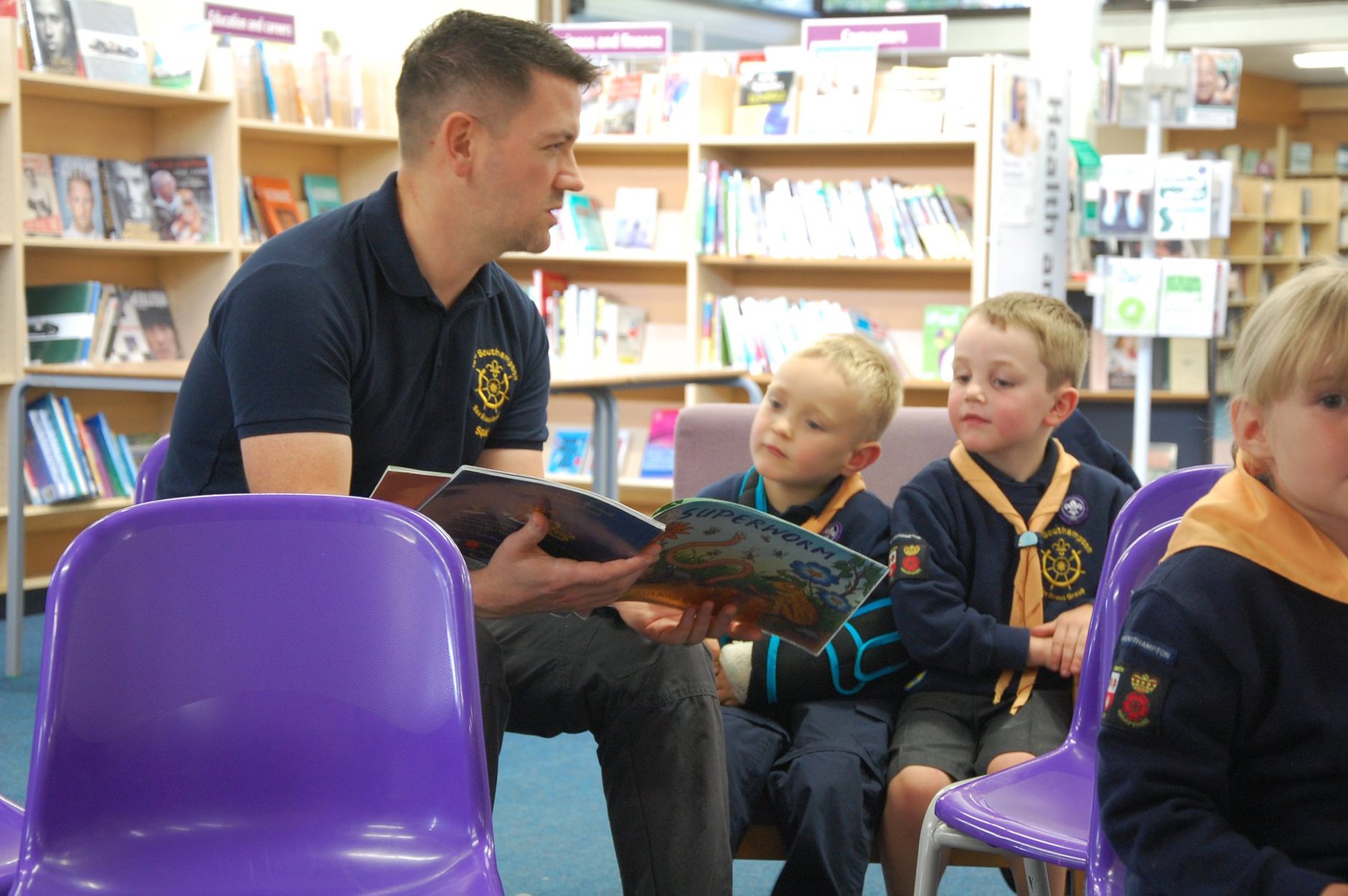 More than half of those volunteering in the pilots for 4 and 5 years olds are completely new to Scouts. What’s interesting is the range of volunteers getting involved through the three different models being trialled.

We’ve seen people who work in the early years profession embrace the Scout programme in some of our partner-led pilots, parents volunteering through our family-led models, and a few Beaver Leaders so enthusiastic about the Scout-led model that they’ve stepped up to volunteer with the even younger section too.

Here, we look at the different types of volunteers taking part, and weigh up the challenges and opportunities of their involvement, should we decide to do Scouts for 4 and 5 year olds.

At our pilot in Exeter, a partnership has formed between Scouts and early years professionals at the Action for Children Centre. An example of a partner-led model, this pilot is run by the individuals in the organisation who are delivering the Scouts programme in their own setting.

Not all of these partnerships have worked out as smoothly though. One of our partner-led pilots has decided to leave the project as our safeguarding policy requires they do a separate DBS check, above and beyond the checks that the preschool had in place. A new group has now replaced this pilot.

Another issue that’s come up with the partner-led models is that when the programme is run in external settings without the additional features of Scouts – things like Scout scarves and the Scout promise – the quality just isn’t as good.

Through their ongoing monitoring of the pilots, the Centre for Research in Early Childhood Development has found that in some of these external settings the children weren’t aware of the Scouts connection, raising concerns about ‘how the model can engage the children (and parents) in the broader Scouts movement, (rather than merely completing Scout written activities in their usual early years environment);’ and how we could continue to put in place and monitor ongoing quality control and early years best practice.

Parents volunteering with their children

The pilots are taking place in communities underrepresented in Scouts, and so many families getting involved are unfamiliar with the Scouts programme. Add to that the age of the young people and it’s easy to see why many parent volunteers are helping children to engage and settle.

Although parent volunteers are a huge help across the Scouts, some believe children’s growth and independence improves when parents aren’t there. Amanda Wallace, a leader from the 13th Southampton pilot explained that while one mum who’s completely new to Scouts is volunteering with her child, another mum is volunteering with the Cubs section because ‘she felt it was important to give her son taking part in the pilot some independence.’

At 13th Southampton they’ve had three adults join the Group Executive Committee with more and more showing interest in volunteering in other areas of Scouts.

We’ve also seen how, even when parents don’t volunteer, the pilots create opportunities for parents to socialise before and after meetings, helping to form a greater sense of community.

At the Scout-led pilot at 64th Birmingham, Beaver Leaders have stepped in to run Scouts for 4 and 5 year olds too. Experienced volunteers offer valuable support for new volunteers finding their feet but considering the hours that can go into volunteering for just one section, is volunteering for two too much? Paul Little, Group Scout Leader in Birmingham said:

“We were concerned that the team we’d identified to take it forward [four Beaver leaders] would end up having to run it for the next 12 months and we wouldn’t recruit any more leaders. We run the [pilots for four and five year olds] just before Beavers, so it’s just one night for the four Beaver leaders who were keen to be a part of this. We didn’t want to place a massive burden on existing leaders.

And so, from the first night we asked the parents if they wanted to stay and get involved. The first activity we ran was on first aid skills, where the children learn basic first aid skills like how to call an ambulance, how to put their parents in the recovery position and learnt to wrap them in bandages. The parents saw that it can be fun and engaging, and that they don’t need to be an expert or have magical skills to help out. Some of the parents had so much fun they kept coming back week after week.

With their children at that age, parents are really keen to be involved and see what the young people are getting up to. The family diary isn’t that busy so what we’ve ended up with is a core of around five parents that are here every week, taking on leadership roles and going through training.”

Those looking for experience working with young people

When Squid (as he’s known in Scouts) began his journey to start a family and adopt a child with his wife, they needed to get experience working with children. Squid said ‘my first reaction was to reach out to Scouts.’

The timing was perfect – his request coincided with the launch of a pilot for 4 and 5 year olds in his area, and soon he was volunteering. After a year with the group, the couple were matched with their own child but before moving on to focus on their new family, Squid said:

"Over this year I’ve watched, and been privileged to be a part, as every single one of the [young people] has embraced a new version of Scouts. Friendships have been forged, shyness has been overcome and a multitude of wonderful personalities have shone through.

They’ve practiced crafts, sung songs, played games and learned a number of life skills that some of them may never have come across otherwise. They’ve made me laugh, and shown amazing insights, and sensitivities. I’ve learned from them every week and I am very grateful.

My journey with [the Early Years pilots] has come to an end, for now, as my wife and I have been lucky enough to be matched with our own child, and my attentions must be focused elsewhere. I’m sad to be leaving this thriving, joyous bunch of people, as I’ll miss them all, but I sincerely hope that one day in the not too distant future I can come back, [and] that I can introduce my own daughter to this fabulous world."

Because Scouts offers a safe and supportive environment to work with children and learn alongside experienced volunteers, Squid’s story got us thinking, could budding parents looking for experience working with young people be a recruitment focus?

Considering all the options

The pilots aren’t only helping us to make sure we’re building young people’s skills and confidence and making a difference in communities, but by attracting a range of volunteers, they’re also helping to give us an idea about how a new section could affect volunteer recruitment.

This summer a decision about whether or not to go ahead with Scouts for 4 and 5 year olds will be considered by the Board. And so, over the next few months, we’ll be chatting to members throughout the movement so we can feed back your thoughts. We’d love to hear what you think. Get in touch with us here to share your views.