Network members wear a stone shirt or blouse with an added Scout Network uniform badge. If they like, they can also wear the nationwide UK Scout Network Scarf or their local District Scout Network scarf (known as a necker). Merchandise is available from Scout Store.

Where to sew those badges

Enlarge the image below. 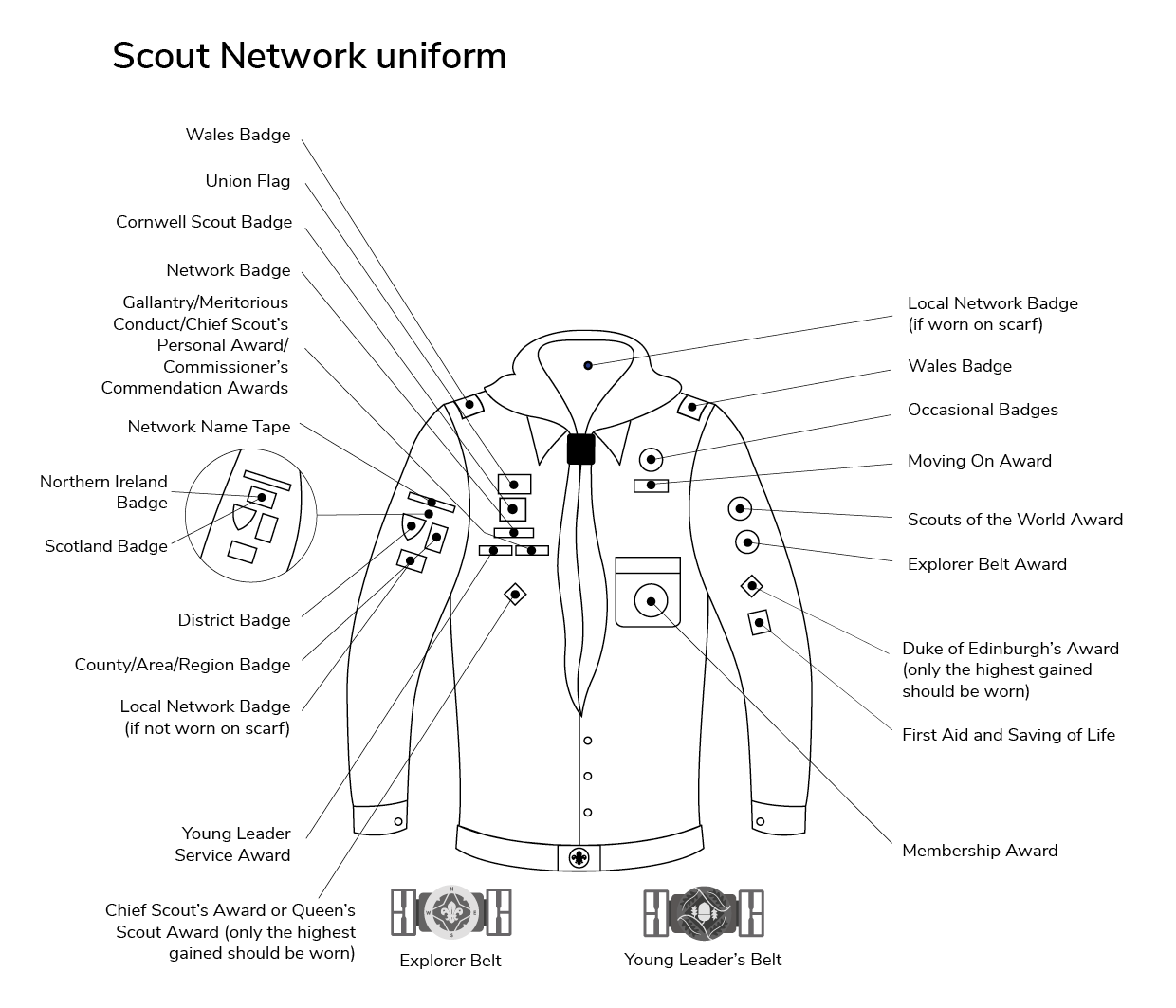 Additionally, here are the diagrams for the other Scout Network uniforms.