Be a team player

Learn to work better with others, achieve shared goals, and put the team first. 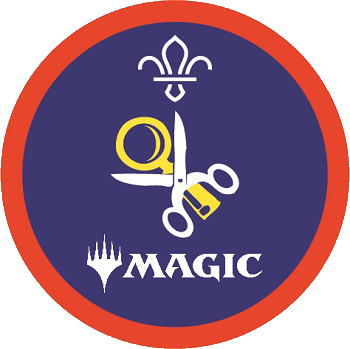 Check out Magic: the crafting to create your own mana tokens for the game, or Learn to play Magic for some info on how to get started playing Magic: The Gathering.

Magic: The Gathering is a collectible card game. You take on the role of a planeswalker, who collects magic energy (called mana) from the land around you. You use that mana to summon creatures and cast spells during the game. There are five different colours of Magic cards; each colour handles things differently, so you can choose what kind of planeswalker you want to be. Your deck of cards represents all the spells you know and the creatures you can summon.

Magic cards are made so the information you need to know is always in the same place. Check out the image below for an overview of a basic creature card, the Serra Angel.

For this game, the important bit is the mana cost. Mana is what’s used to cast spells in Magic. All spell cards have a mana cost in the top right corner. Serra Angel’s mana cost is 3 * *, which means that you must pay three mana of any kind plus two white mana to cast it. Other cards will have different colours. If you’re making your own cards for the game, you’ll just need to include the creature name and mana cost.

You can find full details on the official Magic webpages. 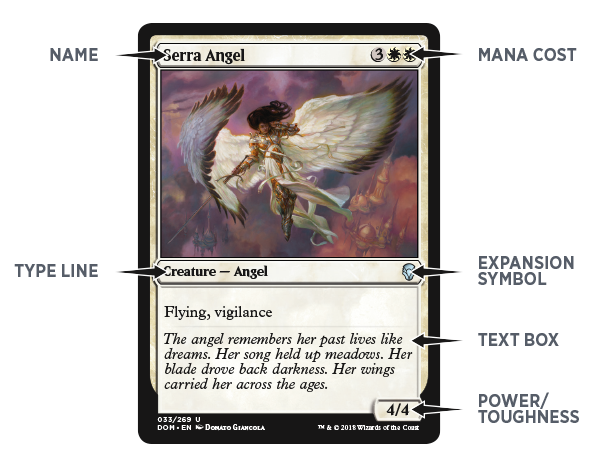 Get ready to play

In this game, players cast spells by collecting a Magic creature card, finding the coloured land cards they need, and posting all the cards in a box to cast them. The team that casts the most spells wins.

Leader will hold all of the different cards – they’ll move around the space or hide. Check out Change the level of the challenge for some different ways to change up the game. You’ll need at least:

Remember to give each team a different coloured card so you can count the points at the end.
Check out the information about how to read a Magic card above to find out where the mana cost is shown.
They’ll probably need more than one colour of mana to cast their spells, so they may need to find more than one leader before the card is complete.
You may want to check people have the right mana before they put their cards into the box.

This game was all about working together in teams to complete the challenge. Take the time to think about what you did and why – you’ll be amazed at what you learn. Try out a quick, active reflection from our reflective toolkit to lock in the great things you tried and learned in this activity.

The game area should be free of hazards. Explain the rules of the game clearly and have a clear way to communicate that the game must stop when needed.

Check out Magic: the crafting to create your own mana tokens for the game, or Learn to play Magic for some info on how to get started playing Magic: The Gathering.