Manchester United Foundation are working with Scouts on the Scouts Team Leader Challenge Award to share their experience of helping young people develop skills through football tournaments. Get stuck in to the badge requirements (and develop those all-important skills) by planning and running a football match. We think they make great additions to camps and trips. 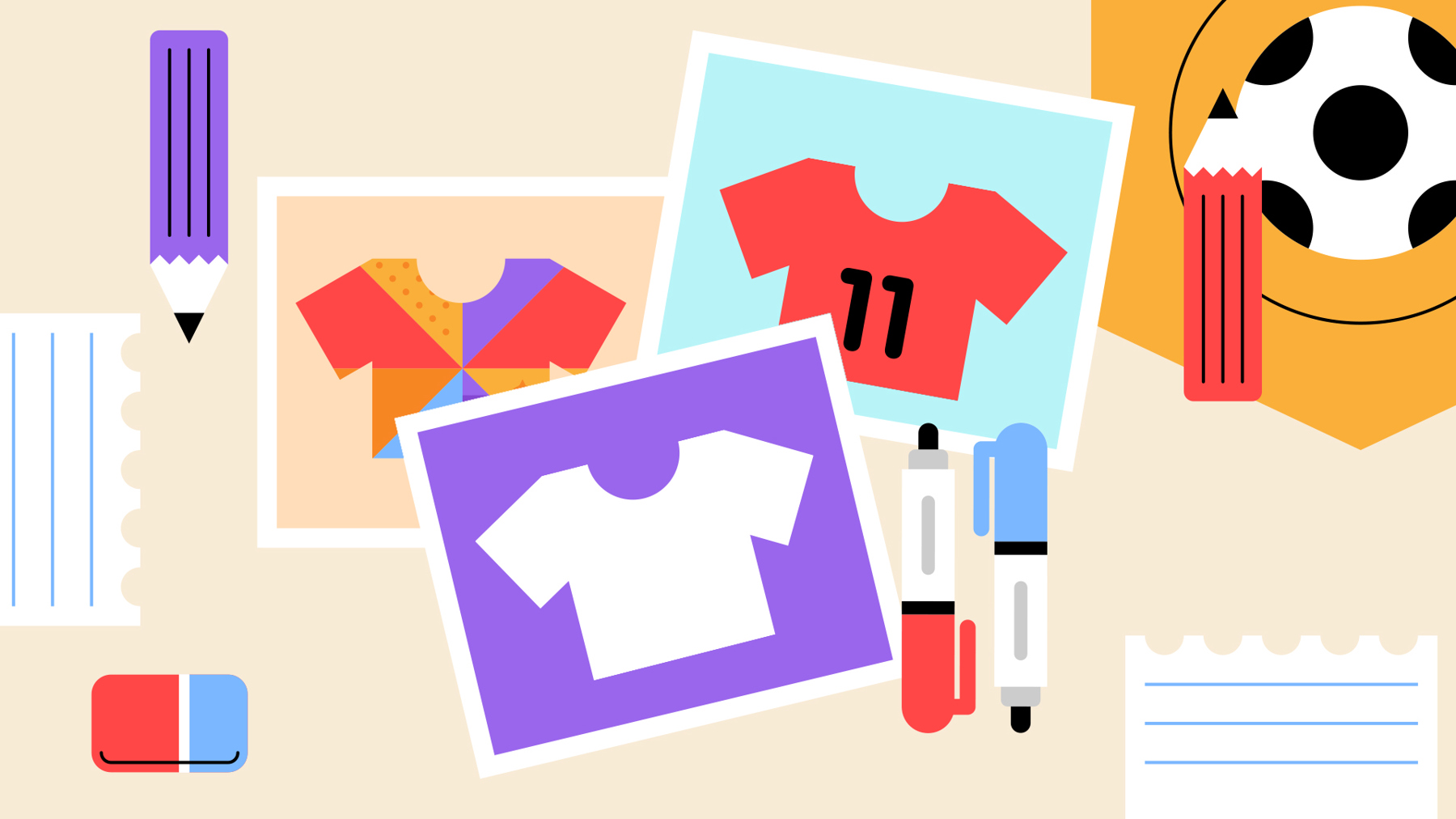 Manchester United are famous for their red shirts. The designs change a little bit each year, but their block red means they’re one of the most recognisable teams all over the world. You can find out more about the changes to Manchester United’s home kit here.
Over the last century, Manchester United have had a variety of crests. Their current crest has a red devil and a ship with the words ‘Manchester’ and ‘United’ written on two banners. In 1909 (their first FA Cup final), their crest was an embroidered Lancashire red rose. You can see how Manchester United’s crest has changed here.
Lots of famous Manchester United players have worn the number seven on their shirts including legends like Eric Cantona, David Beckham, Cristiano Ronaldo, and George Best.
Now’s also a good time to add in anything that makes their design unique.

Entry to this competition will collect personal data about young people. We take the obligation for personal data privacy seriously. You should make sure that you’ve informed the parents or carers of the young people that their personal data will be passed to The Scout Association. The data you provide is managed and retained in accordance with our Data Protection Policy, which you can read at scouts.org.uk/DPPolicy. The personal data won’t be shared with any third parties.

Everyone developed skills in this activity. They had to think about the reasons for choosing different aspects of their design – for example making sure that fabrics and shapes help the players perform well, making sure the kit is recognisable, and making sure that it represents the club. How did people capture the identity of their team in their design?

When people get stuck in, great things can happen. In 1950, Brazil lost the World Cup wearing their white shirts. Three years later, a Brazilian newspaper ran a competition to redesign the kit, with the requirement that it had to use the colours of the Brazilian flag. The winner, Aldyr Garcia Schlee, was only 18 when he submitted his winning design. He’d sketched out over 100 different combinations of the colours before settling on his entry. Brazil have since won five World Cups wearing their bright yellow shirts. What do people think would’ve happened if Aldyr Schlee had just submitted the first thing he’d thought of? Why do people think Brazil’s kit has stayed so similar since the 1950s?

If you’re not sure where to begin with designing a crest, why not try the Changing your coat activity to help?

You could think about how the design of the shirt could be adapted so it works better for people with additional needs. For example, some people (including some autistic people) have sensory sensitives that mean they struggle with labels or textures. Someone who struggles with co-ordination or who finds it difficult to move their arms may find it challenging to put on and take off clothes. How could people adapt their design to make sure it’s accessible for everyone? Labels can be a great way to explain ideas.

People don’t need to label their designs unless they want to. If anyone finds writing tricky and wants someone else to write what they say, that’s OK too.

Manchester United Foundation are working with Scouts on the Scouts Team Leader Challenge Award to share their experience of helping young people develop skills through football tournaments. Get stuck in to the badge requirements (and develop those all-important skills) by planning and running a football match. We think they make great additions to camps and trips.